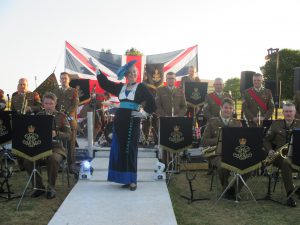 On Stage with the Royal Artillery Band!

It’s official – the UK is in the grip of a heat wave and it looks like the weather is set to stay for a while yet! In fact these last few weeks have been reminding me of my child hood and the summer of 1976 when we bought our pet tortoise “Slowly”. Thanks to my brothers careful care Slowly is still with us today wondering around the  undergrowth in the back garden. 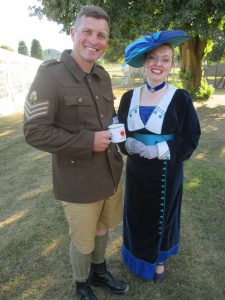 Andy Potts and I Before the Show!

Squadron, 21st Signal Regiment at Azimghur Barracks over at North Colerne. I had been invited to sing for the WOs and Sgts Mess Summer Ball which this year had a WW1 theme to commemorate the centenary. The Ball took place out-side the Sargent’s Mess and we couldn’t have wished for better weather. So much effort and thought had gone into the set up which included a stage, a trench  and lots of covered areas for the guests to sit and enjoy dinner which was served in a mess tin along with a special tin poppy mug which had been made especially for the occasion.

I had been engaged to perform during dinner a straight through 1 hour and 20 minutes which couldn’t have worked better as it meant Paul and I were able to enjoy the rest of the evening once we had finished our set. Two other bands had been booked for the Ball. The Royal Artillery Band who played a super selection of tunes from Glenn Miller to “Coming 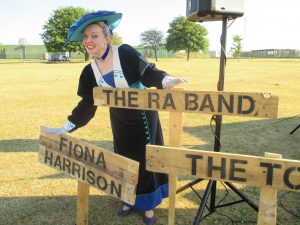 Home” to tie in with England’s World Cup Saturday night victory and “Touch”. A talented rock band who played through to the early hours of the morning. Touch performed a number of their own compositions including the catchy number “Touch my Balls” which seemed to go down very well with the Signal Regiment as members of the audience won T-shirts. I confess I didn’t see what the prizes were for as I was busy packing away my own equipment at the time but put it this way every-one seemed to be having a jolly good time. 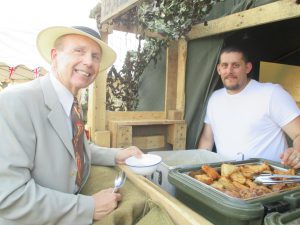 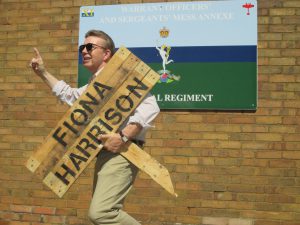 At 10.30pm the mess staged a firework display which was superb as Paul and I danced the night away after first enjoying some of the armies food. The evening had been arranged by SSgt Andy Potts who put together a fantastic evening and made us all so very welcome. Both the band Touch and Paul and I stayed on site in the barracks as we were treated to breakfast the next morning. 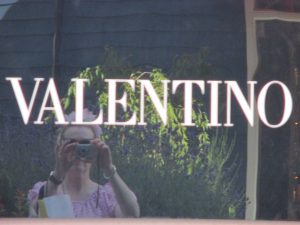 This week I will be performing a combination of “A Song for Summer” and “Swinging 50s and 60s” shows so lets hope this great weather continues. This Saturday I have a garden party in the village of Stokenchurch and then I will be travelling afterwards straight up to Yorkshire to perform for Pickering’s 1960 weekend. So do pop along to see me if you happen to be in Pickering on Sunday 15th July. I will be on stage at 11am and 3.15pm performing 2 x 45 minute sets.

That’s all my news for now other than when I traveled back from Azimghur Barracks I popped into Bicester Village where they have all the designer shops to do a spot of shopping. I love a bargain!