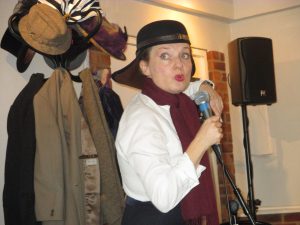 I’m sorry I’m rather late with my blog this week but if you’ve been following my story you will know I’ve been preoccupied with my one woman show version of the musical “My Fair Lady”. To-day I had the pleasure of performing a pre-view of the show locally for the Leighton Buzzard Friday Club. It’s always a bit nerve racking playing a show for the first time especially as this show uses all my skills as a singer, actress and dancer. It’s very intense but I’m pleased to say my hard work paid off and I even got a standing ovation from the members. For a first time performance I was very pleased with how the show went although there are still a few things I need to 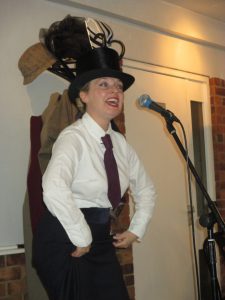 I’m Getting Married in the Morning!

work on and tighten up.

All the costumes worked and I kept it to the 60 minute play time, only running over by 2 minutes which I should be able to tighten up before Sunday which is my first official performance. I also have another two performances of the show scheduled for next week. Tomorrow I’m back in the recording studio making a musical tweak  and I also want to make an audio recording of the show. It’s always good to have a recording as it makes it easier to pick up after a break. I currently have 25 shows running simultaneously and it’s important they all remain refresh in my memory at any one time.

This week it’s been thrilling to announce that Paul and I will be flying out to Italy to perform for  Lodivecchio’s Historical Commemoration event on the 25th April. We have been 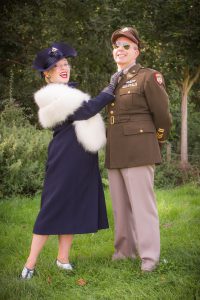 Getting Dressed & Ready for Italy!

engaged to perform in American uniform swing tunes from the 1940s and also for Graffignana’s 1940s event in October which is all very exciting. I always enjoy performing abroad because I’m able to utilize all my singing skills and sing in other languages. Italians love Opera and it’s fun to have a brief where I can mix music and singing styles. When we return to Graffignana Paul and I will be singing Big Band and Swing, Opera to Rock and Roll. I’ve also been engaged to sing in Latin for Sunday’s Mass which is always a pleasure to do.

I also received conformation through this week that Paul and I have been engaged to perform in the town of Port en Bessin for the Commando’s last night dinner on the 8th June which will be making up part of our Normandy D-Day tour. I will be telling you more about that and our French tour later on so for the latest news do keep following my blogs. 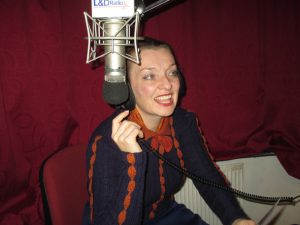 on L&D radio which is always a joy to do and now I must retire to bed and get some rest. It’s been a busy day and I have a lot to do and to prepare for next week 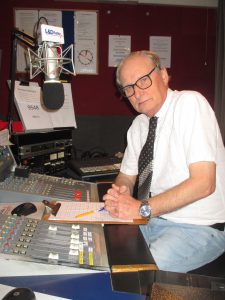 On the Radio with Alan!