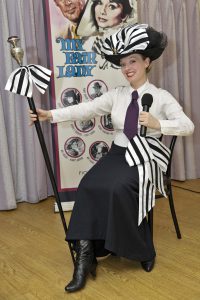 It’s been an incredible week with the launch of “My Fair Lady” and for those of you who follow me on Facebook I expect you’ve all seen my photos, thanks to Harry from H100- photography who came to see my show on Sunday in Hitchin. Last Friday was the preview when I performed for the Friday Club in Leighton Buzzard for the first time. The show went down extremely well and it’s true what they say practice makes perfect. It’s getting easier the more times I perform it as I grow in confidence. This week I’ve been able to perform “My Fair Lady” four times which has helped no end with my continuity. I feel a great sense of achievement when I think how far I’ve come in two months developing the show from scratch.

My Fair Lady uses all my talents as a singer, dancer, actress, narrator, writer  and even costume designer. Now it hardly seems fulfilling enough just to turn up and work as a singer when I want 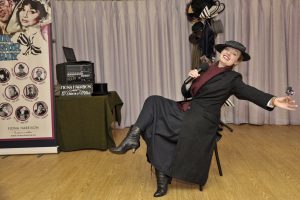 Wouldn’t it be Lovely!

to do so much more. The show is very intense and the hardest part is going from “The Rain in Spain” into “I Could have Danced all Night” as The Rain in Spain has an energetic dance sequence with little time for me to recover before singing the most famous song from the show.

My next Lady performance isn’t until early April, but having made an audio CD recording it should make picking up the show and performing on demand a whole lot easier. Now the hard work 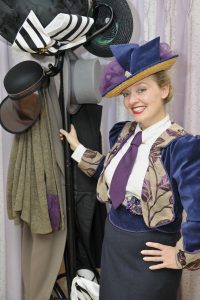 In Costume for Show Me!

really begins as I set about selling the show to new clients. For many it’s hard to visualize how such a thing is even possible. I always say with a little bit of creativity anything is possible and I’ve proved it!

On Wednesday I had the pleasure of working with my friend Lynda Styan as a double act at Brinsworth House in Twickenham. Brinsworth House is run by the Variety Club of Great Britain and is a home for retied actors and variety entertains. It’s very well known in the business and it’s a privilege to be asked to perform there. For those of you who follow my blog you may remember Lynda and I were asked to perform for Meghan Markle’s  visit in December but both of us were booked so we were unable to do so.

This was our third visit to Brinsworth and together Lynda and I put together a program of music from the 1920s through to the 70s which went down very well. I even included Alfred Doolittle’s song 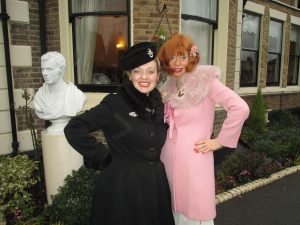 Lynda and I at Brinsworth House!

“With a Little Bit of Luck” from My Fair Lady which really pleased the audience.

That’s all my news for now as I must get to bed. Keep Following and in the mean time I shall leave you with a few of Harry’s photos.