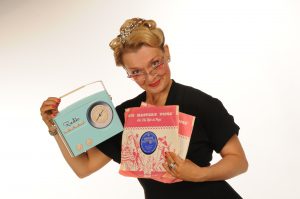 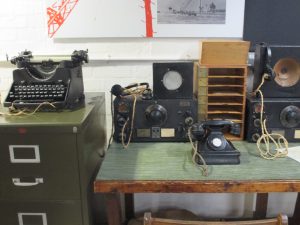 Inside the Radio Center!

I’m afraid I can’t spend too long on my blog tonight as I’m busy learning my lines and finishing off the year. I’ve worked so hard this January that I’ve nearly sold all of 2019. I’ve successfully sold two southern tours for March and October, 31 dates for April which will cover Easter and St Georges day, 25 dates for December, all of Halloween a couple of 1940s re-enactment events and rather thrilling Paul and I have been re-booked to sing in Italy for Graffignana’s Liberation Celebration. We will be flying out to Milan this October which is all very exciting. In between times we have been engaged to perform at Pegasus Bridge for the D-Day Commemorations in Normandy for June so we have much to look forward to and plan for.

I’m not use to spending so much time at my desk but the hard work has really paid off even though I feel my eyes maybe turning into computer screens and the office looks like a bomb has hit it. I’ve pretty much caught up with my contracts and I’ve been out running everyday which makes the office work bearable when I would rather be out singing. One doesn’t happen with-out the other 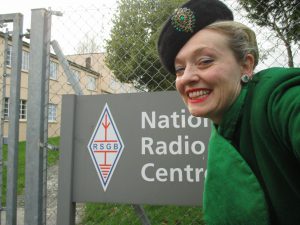 and I’m looking forward to being back out on the road again.

After a very intense week in the office on Saturday I decided to have lunch at Bletchley Park as I still hadn’t seen the National Radio Center. It’s true what they say it’s  easy to look and not see. When I first visited Bletchley Park I missed so much but this time around I was able to join a tour and learn so much more about the WW2 code breakers. I also found the radio center very interesting as I didn’t know radio waves are stronger in the sun light and you can launch a satellite now a days for as little as £60,000. 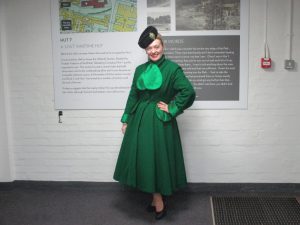 Out and About at Bletchley Park!

Although it’s better to piggy back on another countries rocket as we have a problem with health and safety in case the satellite fall back to earth. Can you believe it! I would expect a tiny satellite would burn up in the atmosphere before it made a hole in someones roof!

This weekend Paul and I are getting away from it all and heading off to Bath. We could both do with a break and I only hope it doesn’t snow as we want to enjoy the city. It had been our intention to go to Stoneleigh Militaria fair this weekend but as we both have everything, there’s nothing more we could possibly want. So keep following my news and when I get back I will share with you all my photos from our time away in Bath.

That’s all my news for now. Toodle Pip and bye for now! 😉