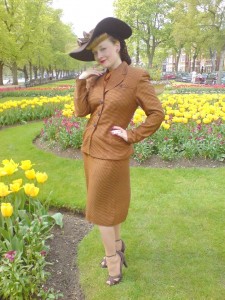 Well what a week it’s been what with one thing and another! If you caught my last blog you will know my net book went down on Monday and I played my Easter Bonnet show using my back up Mini Disk system instead. For some reason and no-one can tell me why all my show plans have crashed in my net book. However saying that the main play list of songs is still there which is a blessing. The down side is I’m going to have to re-program all my show plans of which there are over 50. Some of the longer all day shows have more than 90 numbers in them so I’m not looking forward to doing it but it must be done!

As soon as the crash happened I called my computer man Martyn and I also went down to see Richard in Bracknell at the recording studio. Richard has a wonderful brain when it comes to music and tecnolagee and he was able to re -instore my Glenn Miller back ground music as that had crashed too. It’s now just a case of reprogramming the shows.

If that wasn’t bad enough my amp gave up the ghost yesterday too. I sometimes forget just how long I have things and I think I’ve been using this amp for something like 18 years. When you think I do 260 shows a year Arther really has done some work and he’s like an old friend. I will of course be getting him fixed as he has a rather nice built-in re-verb unit which I like as I don’t use a mixer. Fortunately I’ve been carrying a spare amp with me for the best part of a year just in case of this eventuality. I think I will call her Annabel. Paul very kindly bought Annabel for me as a back up and thank goodness he did. This morning I had a quick rehearsal with her just to familiarise myself with her lay out before my show. We still aren’t entirely sure of each other but we are getting there and I’m still trucking along despite all the mishaps. You know what they say “The show must go on!” Although I feel a bit like that song – One wheel off my wagon but I’m still rolling along! – With a little help from my friends!

On Wednesday I met up with Rachel my web-designer after my show and it’s now time to invest in having my own server for my web-site. My sight is ever-growing and evolving and over the next few years I plan to be adding lots of new videos. I don’t have enough room to expand with the server I’m using at the moment and I’m sure with more space a lot of the problems I am encountering will disappear. It’s very frustrating to see my news feeds aren’t working properly so do bear with us. We are on the case although it’s going to be a long job transferring everything over as I now have a very large web-site. We will also be archiving my older blogs by year which means if you wish you will be able to go back and read my older entries. It will be interesting for me to see how my blog has grown over the years and I thank you for your continued support.

Oh before I forget David sent me through the finished version of my 1950s 60s show real so I hope it wont be too long now before Rachel up loads it to my You Tube channel. I’m waiting for the DVD hard copy and then I shall give it to Rachel to up load so keep watching this space and I will let you know when it’s done.

In the mean time I hope you all have a wonderful Easter. I’ve Easter Bonnet shows all this week although I have my first Pearly Queen show of the season on Thursday. I still have a few pearly sequins to sew onto my dress after the repairs so I’d better get cracking! While I think about it I’ve also got to re – program my show too.