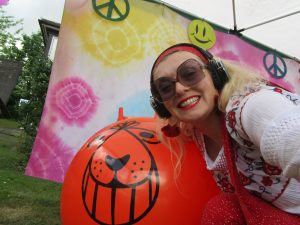 Getting into the Groove 70s Style! 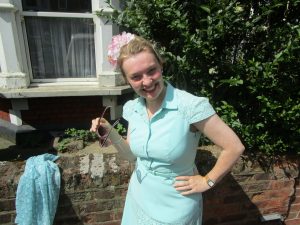 Taking a Break from Editing! 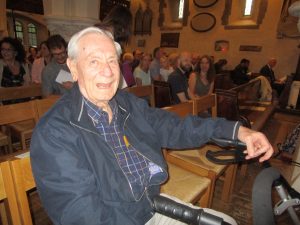 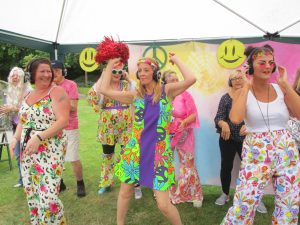 This last week has been a very interesting one. Last Tuesday I took the train into London to see film maker Judson as we started work on editing my “My Fair Lady” show-reel. It’s a long process as I wanted to be sure I had the right camera sparkle and my video would  sell the show. There is a lot to go through and even now it may take another month or so for me to get that perfect edit. I’m also going to have to go back into the recording studio and record some spoken word pieces which we can use to lay over some of the visuals. The My Fair Lady film is a work in progress and I shall keep you all posted. It’s very exciting to see it all coming together and I’m looking forward very much to sharing it with you all and adding it to my web-site. So keep watching this sp 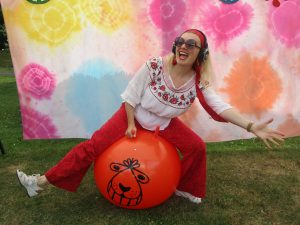 Me Bouncing to the Beat!

ace as I keep you up to date with my progress!

On Wednesday I was invited last week to St Mary’s Church, East Barnet to see the Induction of The Revd Dr Alec Corio into the parish of East Barnet. I’d never been to one before and the Installation and Induction was taken by the Archdeacon of Hertfordshire and the Institution by the Lord Bishop of St Albans The Rt Revd Dr Alan Smith. Both the Lord Bishop and Alec Corio have beautiful speaking voices and it was lovely to hear them address the congregation. A highly intelligent and well educated young man it struck me that Alec will do well in his new parish as Rector of East Barnet as we all wished him well.

I had been invited as the guest of my musician friend Barry Castle who’s friend in turn, Alan Danson had composed a new piece of music for the Voluntary which was played after the National Anthem.  This required a five piece band and the church organ. So tricky was the piece to play that Alan joked he had to employ somebody else to play the organ as he found it too difficult which made us all laugh. Afterwards we all went across the road to Church Hill School Hall for refreshments.

This week I’ve been busy with “Stars and Stripe” shows and the 1970s. It was American independence day last Thursday and my Stars and Stripes show has always been a good seller. Also I’ve started on the Summer Fate and Garden Party season and this year the trend is for the 1970s. I’ve learnt a couple of new numbers, “Tie a Yellow Ribbon”, “Love is Like a Butterfly” and “I Want to Teach the World to Sing”.

Last Sunday I was in St Albans performing for a 1970s BBQ and after my set the next act was a 1970s Silent Disco. A superb concept where every-one wears cans and the music is piped through into their head sets. The thinking behind this is, it breaks down barriers and within seconds you can see every-one up singing and dancing. It’s fascinating to watch and works wonders for people with dementia. I’d never seen anything quite like it and once I had struck down my rig I was quick to join in. 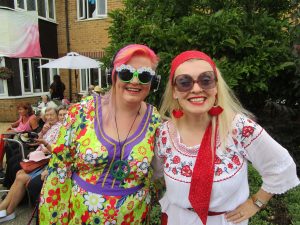 Afterwards I had a long chat with Sharon Humphreys who’s business it was as the concept remained me of a scene in the film “The Kings Speech”. Where Bertie the future King played by Colin Firth goes to see his speech therapist Lionel, played by Geoffrey Rush. Lionel gets Bertie to read from Shakespeare while playing loud music through head phones. Needless to say the king doesn’t stammer once and it’s not until he hears a recording of himself played back on his gramophone that he realizes this may be a way forward in curing his stammer. 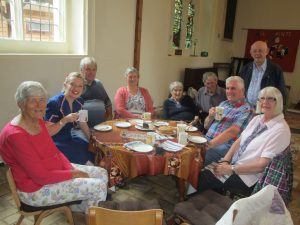 Music can do wonderful things and there is an awful lot of psychology involved which I use on a daily basis. I learnt a lot from watching and taking part in the Silent Disco and now it’s full steam ahead singing the 1970s. This Saturday Paul and I will be performing for a private party in Derby music from the 1940s, 50s, 60s and 70s, so much to do.

Today I was in Biggleswade and after my show I popped into All Saints Church in Southill for tea. Tea at the church is one of my favorite haunts.

That’s all my news for now Keep Following and Toodle Pip! 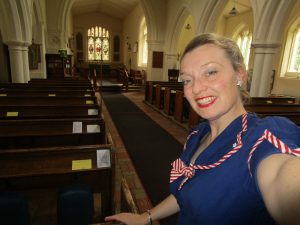 Inside All Saints Church Southill!