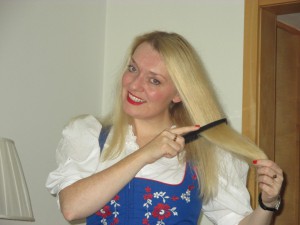 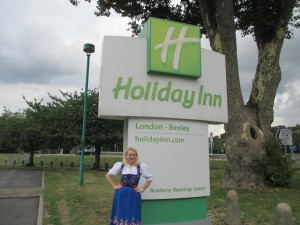 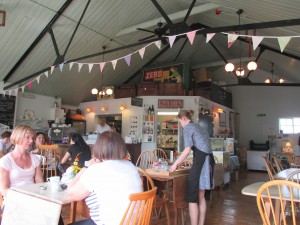 The Home and Colonial Cafe! 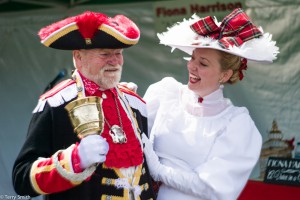 One of Terry’s lovely photos from the IOW

Hello one and all – I’ve just returned home after a very busy VJ Day which this year took me to Romford in Essex and onto Orpington Royal British Legion. I was engaged to perform the music of the 1940s for the clubs Saturday night VJ anniversary which went down so well with the club members. I had been a little worried about making the dash from Romford to Orpington but as it turned out all was well and the traffic was moving fine along the M25. Previously I had been engaged to sing for a 90th birthday party in Romford and I had planned my route quite carefully. The Sat Nav had wanted me to take the Woolwich ferry rather than go across the Queen Elizabeth bridge. I’ve never crossed the Thames on the Woolwich ferry but on this occasion it was important to keep trucking – who knows may be the Woolwich ferry will be something I will try out in the future.

I confess Saturday was a very long day and I was so pleased Paul was able to join me on stage and also as my sound engineer for my second show at the RBL. I had two sets to fill one 60 minute ATS sing-along set and the other a 75 minute dance set to finnish at 11.45pm. I had booked to stay over in Bexley at the Holiday Inn and by 2am which was when I reached the hotel I really had gone past the point of caring whether the pillows were soft or firm. Hotels so love to put labels on pillows these days which I find such a nonsense. As soon as I made it through that door I was straight into bed and out like a light only just making it down in time for breakfast this morning before they stopped serving at 11am. Gosh I was tied! I had promised to give my hair a good wash today and as I had forgotten to bring my conditioner it was a bit of a struggle. Much of my hair ended up in the bin – but I got there in the end!

On my way home I stopped off for lunch in Berkhamsted at “Home and Colonial”. Home and Colonial is a wonderful Antiques Emporium which has a delightful cafe on the 3rd floor. I often like to stop off for a bite when I’m in town and look at the vintage fashions many of which can be found in the basement. I find it very inspirational to be arround interesting antiques and I often get ideas for songs when I’m looking at vintage clothes. Today I saw a lot of smart 60s dresses which has made me think about expanding my 60s repertoire.

Don’t forget you will be able to hear me sing tonight at 10pm on Keith Skues Radio show. I met Keith on Wednesday when I sang at the RAF club in Piccadilly and Keith said he would play my South Pacific Medley as he enjoyed it so much. You can find Keith’s program on-line and also on I player by just Googling his name “Keith Skues” so do tune in if you can!

On Friday I’m off on tour over to Llandrindod Wells as I’ve been engaged to perform for the town’s festival which this year is split into 3 parts. 1940s, Victorian and Steam Punk. I’m performing for the 1940s and Victorian parts over 3 days so this week I’m sorting out my costumes and show plans. I wish I could stay for the Steam Punk part as it’s a varndra I’m very interested in  but I’m booked to perform in Gretna Green for the “Pack Up Your Troubles” WW1 Festival and I need to be on the road. In the mean time I’ve been sent some lovely photos by Terry Smith who caught me on camera at the Isle of Wight Steam Railway’s Victorian event more of which you can see by clicking onto my Facebook star at the top of this page.

That’s all my news for now. Keep Watching and Toodle Pip!