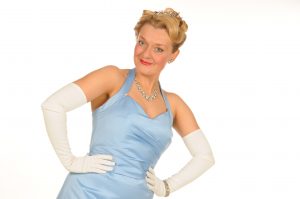 Dressing for the Christmas Concert Season!

This week the title really does say it all. I’ve been working from home mastering the art of going virtual by presenting my shows via zoom. It’s true I’m not very good with technology but I’m pleased to announce this week I had a breakthrough and now I’m up and running and raring to go.

Fortunately I have had a good teacher and I’ve been working closely with Stephan Medhurst from RKHD Lighting and Sound. https://rkhdlighting.co.uk/

I was introduced to Stephan through the 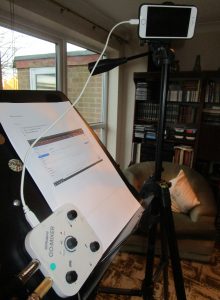 Getting Set Up to Zoom!

Limelight Theatre in Aylesbury as I wanted someone who would understand Zoom from the perspective of performing a show. When it comes to zoom concerts there is a little more to it than just speaking to someone on a business call.  The sound quality has to be right and you can’t rely on the microphones and web-cams in mobile phones and lap tops alone. It takes some skill and a certain amount of investment in getting the right equipment which will work in harmony with the singing voice.

The magic piece of equipment which every singer needs is a Roland  go-mixer which plugs into the phone and then, with two jack leads straight into the amp. Also it’s important the master sound level on the amp needs to be up to 12 o’clock in the room which ordinarily is too loud for the surroundings. A simple way around this problem is to follow the old gramophone saying of  to “Put a sock in it”. By putting a blanket over the speaker or in my case a couple of coats, this has the same effect and doesn’t deafen the rest of the household. 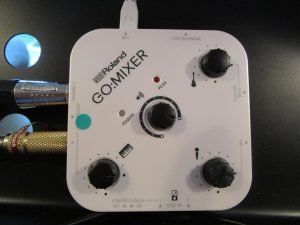 Earlier this week I had a sound glitch where the mixer wouldn’t let me hear people on the other end even though they could hear me. To sort this problem it’s necessary to click the speaker icon in the left hand side of the screen. I was having a problem. My phone wouldn’t give me a speaker option and locked itself solely into Go Mixer. We discovered the way to stop this problem from happening is to click the mixer into the phone only after the screen has been opened, which was a huge breakthrough.

I have been busy practicing this week and I have 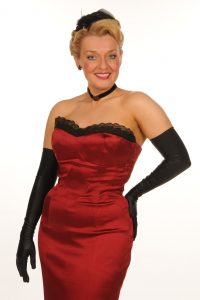 my first profesional zoom concert on the 1st December. I’ve paid my subscription so I’m permitted to zoom for over an hour. Zoom will only let you stream for free up to 40 minutes so it’s important everything is in place before I start zooming and performing professionally.

My eyes feel square after spending so much time this week looking at various computer screens. I’m looking forward to performing again even though it will be virtual but a few of my customers have venues which are Covid safe so I can’t wait to get back out on the road.

I’ve also been busy selling Driveway concerts, although it is all dependent on the weather. In theory I’ve sold all of Christmas week but anything can happen between now and then so I’m praying for dry weather. On the 10th December I’ve been asked to take part in a virtual Christmas Concert at St Barnabas Church in Leighton Buzzard with fellow singer Richard Stark.  Richard is a baritone and we are planning to sing a selection of Christmas Carols and seasonal favorites which we will be streaming live but more on that in my next blog.