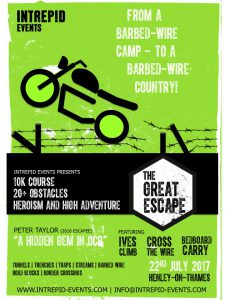 Once again it’s been another busy week and I’m up late burning the midnight oil keeping up to date with my e-mails and contracts. I’ve worked very hard to generate a whole new set of customers for this year and I’m pleased to say that my hard work has been paying off. My shows have been selling really well and I’m now fully booked for some of my months. Also Iain my new web designer has been working hard to up date my web-site. I felt it was time to give my site a new look with a different colour scheme. I took some of my design inspiration from the TV show “The Halcyon” and between us we settled on the colours navy, black and gold which I think looks more up market as the red and blue I was using before would sometimes come across as garish on certain computer screens. We have also added a couple of drop downs so the content bar is less cluttered which I think has improved the look greatly. 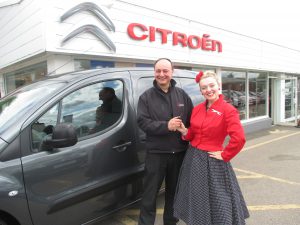 You might have already caught my news on Facebook but this Saturday you will be able to catch Paul and I on stage at Henley on Thames performing for The Great Escape Event. I’ve been engaged to host and compere the event which will be totally different to anything I’ve ever done before. The day has been arranged by Intrepid events who specialize in arranging obstacles courses for the fit and healthy. http://www.intrepid-events.com

From 9am – 12.00 noon there will be five waves of runners who will all set off on a 10k course which will incur 20 obstacles. This will include the 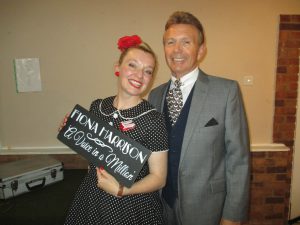 On Stage with Paul for The Friday Club!

Ives Climb, Cross the Wire and the Bedboard Carry not to mention tunnels, trenches, traps, streams, road blocks and border crossings.  Paul and I will be providing the entertainment in between times while interviewing the runners and team captains. 200 people have

already signed up to take part and reading through my notes we have some great team names which include “The Immortal Allies”, “Mud Sweat and Beers”, The Hangry Mincers” and “The Possums” to name but a few.

This is going to be an interesting one, and certainly when it comes to my repertoire on the 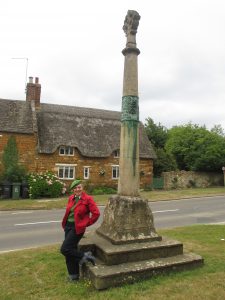 Out and About at Rockingham!

day there is going to be a lot of going with the flow and making it up as we go along. With an event like this anything could happen! So Paul and I are looking forward to doing something different and seeing how the day unfolds. I’m not sure how long it will take for the runners to complete a 10k  course but I guess we will find out on Saturday.

If you have been following me you will know that last Friday Paul and I went over to Aylesbury to pick up my new van “Belinda the Berlingo”. In the morning Paul and I were booked to sing for the Friday Club here in Leighton Buzzard so it was an exciting moment picking Belinda up for the first time after our show. Where Connie was white Belinda is a gun metal grey which I think makes her stand out from the crowd. She also has 3 seats in the front which just gives me that extra room for my hand bag and sandwiches. Paul often felt a little squashed in in Connie on long journeys so this is so much better. 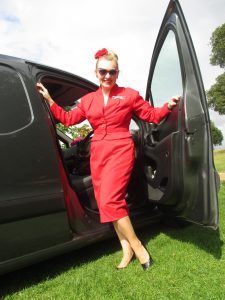 A Run Out to Claydon House in Belinda!

It takes a while for everything to fit right and on Saturday Paul had arranged for us to go over to Northamptonshire as I wanted to have a steel bulk head fitted. This is important as I carry a lot of equipment and I didn’t want anything flying forward in an emergency. Afterwards Paul and I had lunch in the charming village of Rockingham and then on Sunday I took Paul for a run out to Claydon House for tea. I’m still getting use to her but on Monday after my Hemel Hempstead show I was able to take Belinda for her first long drive.

I was due at the recording studio, as next month I start work filming a new 1940s showreel and I needed to record my songs ready for camera. I also had a new backing track to pick up “It’s Magic”. This has been a long time in the making  but it was well worth the wait. When it comes to music Richard is the best in the business and like most brilliant people he is extremely busy.  I invest a great deal of time, thought and money into my music and over the years Richard 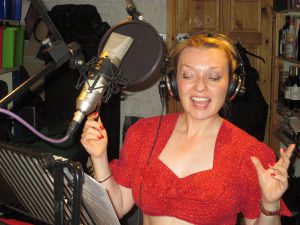 has produced some fantastic musical arrangements for me. All of which have been tailor made for my voice. Thus making my act unique which is something I’ve very proud of. On the 29th/30th July Paul and I will be performing at Blaenau Ffestiniog for the towns vintage car and 1940s event so I’m looking forward to trying out my new track of “It’s Magic” then.

In the meantime Keep Watching and Toodle Pip! 😉