All the Fun of the Fair with Jack Rawlinson! 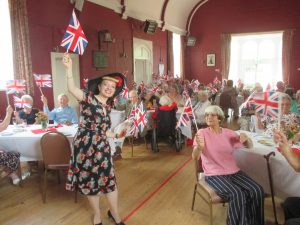 On Stage at Cavendish Memorial Hall! 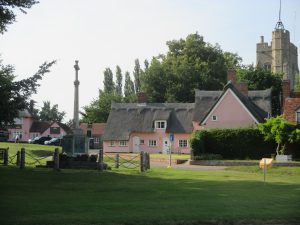 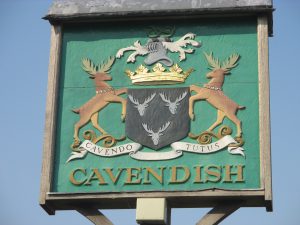 Hello every-one it’s been a very full on week having  performed seven shows in five days which have taken me to the village of Cavendish in Suffolk to Harlow and then on Saturday I had a Vintage Garden Party in the Buckinghamshire village of Stokenchurch before dashing home to Leighton Buzzard for a concert of movie music with the Festival Singers in the evening.

Of-course my week began with “Stars and Stripes” shows as the 4th July fell on Tuesday and my clients were looking for some American razzmatazz to celebrate their big day. On Thursday I was booked to perform my 1940s “Don’t Sit Under the Apple-tree show” for a Strawberry tea in the charming Suffolk village of Cavendish. I particularly enjoyed the drive as I love to look at all the beautiful thatched cottages on my way and it was a good opportunity for me to try out my new Sat Nav which didn’t go wrong once by the way – phew!

I’m a great fan of the Suffolk countryside and you couldn’t have imagined a more beautiful village than Cavendish. It looks like the sort of village you might see in a Miss Marple or a period drama as it has a 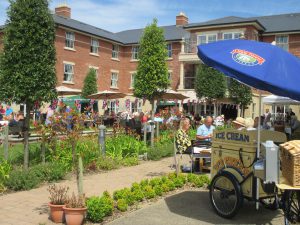 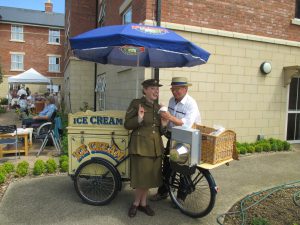 Stop Me and Buy One! 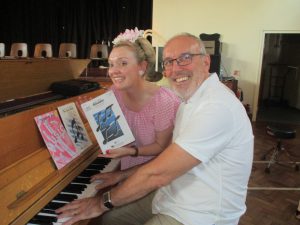 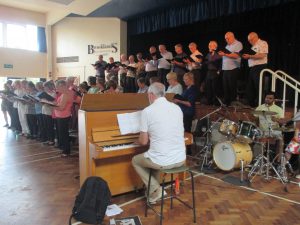 Rehearsing with the Festival Singers!

wonderful collection of beautiful cottages and the most enormous village green.

As my show in Cavendish was booked for the afternoon I was able to go there and back in one day rather than stay over and travel to Harlow the following day for my next show. This worked out really well as I’ve had a lot of paper work to catch up on in the last few days and I couldn’t afford to take a night off from my computer. There has been much to sort out after my accident and Connie being written off after that awful hit and run driver on the 22nd. I’m going to miss Connie very much as we had been together for five years and done so much!

Like many people I’m not a great fan of the heat and it has been another hot week. After Harlow I had a lot to prepare for Saturday as I had a tight turn around and it’s important I plan my days properly and I carry enough food and water to keep me going. With diabetes it’s important I keep my sugar levels up in the heat as I’m drinking more water and it’s easy to flush my sugars through when I’m working hard.

For the Vintage Garden party the client had asked for me to perform for my first set, songs from the 1940s in my ATS uniform. I had been a little worried about over heating wearing a full uniform in soaring temperatures. However as it turned out all was well as they had provided me with my own little marquee which gave me the shade I needed and a dressing room which opened straight into the marquee. I couldn’t have asked for anything more. For my second set I put on my Bridget Bardo pink gingham and sang songs from the 1950s, 60s and 70s which went down really well with the audience. In between my sets there was a Punch and Judy show for the younger members of the audience while I caught up with Jack Rawlinson and his “Stop me and Buy One” ice-cream wagon – delicious!

My last show finished at 2.45pm as I quickly packed up and headed over to Leighton Buzzard for a quick pre show rehearsal with the Festival Singers. Curtain was at 7.30pm and rehearsal started at 4.30pm as we went through all the choral arrangements which included James Bond Themes, Aladdin, The Lion King and Mamma Mia. I was pleased to have the opportunity to sing through my solos with pianist David Beer and percussionist Jason Chowdhury. I choose “If I loved You” from Carousel, A Hollywood Medley of songs from the 1930s,  “The Impossible Dream” and The Best of Gershwin. It was lovely to use my dots again and to hear Jason play my drum parts which I haven’t used in years. When I first started out in show business venues had house bands which no longer exist but it’s good to have the band parts as you never know when you might need them.

and performing some modern Disney numbers which are so catchy. It’s good to sing something different from time to time and we had a really good turn out for the concert. People were queuing to come in as more chairs were needed for the audience.

What with all the events of the last three weeks Sunday was a day I set aside to buy a new van. I can’t tell you how difficult it has been as I’ve not been at home to look at the internet. Paul joined me as we found just what I was looking for in 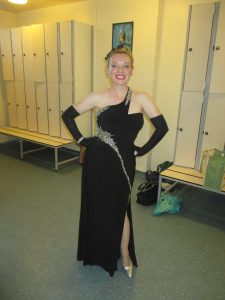 Back Stage Before the Concert!

Aylesbury. Two heads are better than one. “Belinda the Berlingo”. She is a Citroen Enterprise and I shall be picking her up after my show this Friday. It’s just as well as I have to hand back my higher van on Friday at 4pm so all being well the hand over should click together and go smoothly. I’m fully booked again next week and back in the recording studio on Monday but more on that in my next blog. 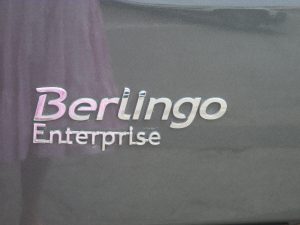