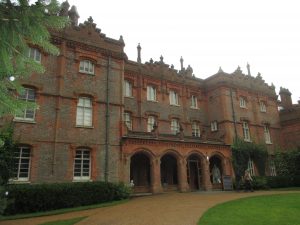 I can’t believe another week has whizzed by and just how much ground I have covered in these last 7 days. It had been my intention to write a blog just before the weekend but as I was back on the road heading up to Newark on Friday I literally ran out of time what with everything else I needed to prepare for the weekend. 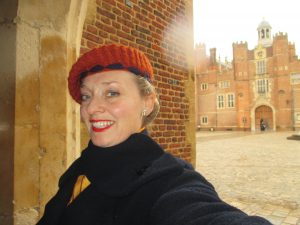 Hampton Court in the Rain!

If you follow me on facebook you will know I have been doing “The Stately Homes of England”some what this week. I had a meeting at Hughingdon Manor ( Disraeli’s place) on Tuesday as I’m due to perform there next month for Hughingdon’s 1940s weekend. I’m going to be running some dance work shops and I wanted to see the performance space again. It’s something new for me running the dance side of things and it will be fun to take on a new challenge. Certainly when it comes to the music of the 1940s I’ve sung it all so this will be a little different for me and I have lots of ideas I want to explore. Now I have a better idea of the space I will be cracking on with choreographing my routines.

On Wednesday my mother and I went on a trip to Hampton Court Palace with her WI. Although we all traveled into London by coach we should have 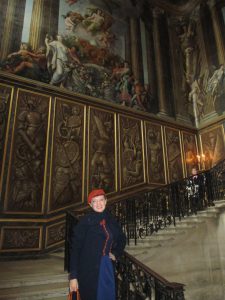 gone by Ark as it must have been one of the wettest days of the year. Fortunately the Palace has lots of colonnades and really one day just isn’t enough to see everything. My mother went round with her friend Pat as we met up at various intervals. I did my best to gallop round and see as much as I could in the allotted time which isn’t really the way I like to do things. So I guess I will have to make a point of going back again when it’s not so wet so I can at least enjoy the maze and the beautiful gardens. I’d also like to see Henry 8th s kitchens and tennis court which I just didn’t get the chance to do on this occasion.

After Hampton Court I just had one day to prepare all my shows for Newark Air Museum. Both Paul and I had been looking forward to this 1940s event very much especially as I had been booked to perform the full 1940s monty – by which I mean 3 x 45 minute non repetitive costume shows daily. This 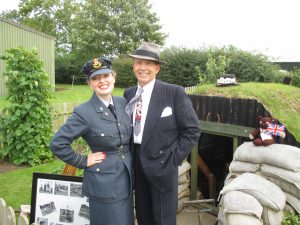 Paul and I in the Victory Garden! 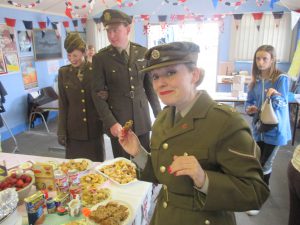 included my full set of British and American uniforms, ATS, WRNS, WAAF, US WAVES and WAC plus my “Hooray for Hollywood” show and a glamour show on the Saturday night for the people staying on site.

Paul and I had a fabulous time. We both came up on the Friday night, Paul in his motor home “Gladys”, and me in my new van “Belinda”.  Belinda carried my rig where Gladys was needed to double up as my dressing room during the days. All the museum staff had worked especially hard to get the sight ready for the weekend which even included a 1940s taste and try and a victory garden.

I had been given a wonderful stage which was made from the side of a lorry and had been decorated with lots of patriotic flags. I took the decision to rig the stage with four speakers which was spot on as large stages often need a little fill in sound for the middle and over the weekend we had a steady flow of visitors many of which had come in costume. This even included one gentleman who brought his owl Kim and Anna the dog who came in her Mrs Mop costume complete with curlers. 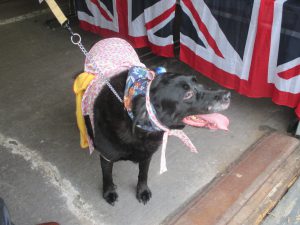 On the Sunday Paul and I were thrilled to see our friends Brian and Viv who had come to the event especially to see our shows. Paul’s singing is coming on a treat as he delighted every-one with his Frank Sinatra and next weekend Paul will be joining me on the billing as we head off to the Isle of Man. So thank-you to every-one at the Newark Air Museum for making us feel so welcome and for staging such a great event – here’s to the next one!

This Thursday Paul and I will be heading up to Liverpool and catching the ferry over to Douglas for the islands 1940s weekend. I’ve been booked to perform at various intervals on Friday 18th 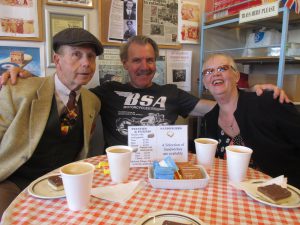 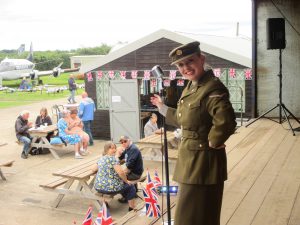 First Show of the Day! 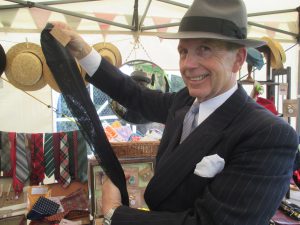 August in the Guard House at the Isle of Man Motor Museum IM7 3BD to tie in with the visiting buses as and when they arrive. The Island has a long history with the RAF so I’ve been engaged to wear my WAAF uniform and perform all those wonderful songs from the 1940s. Paul has been booked to sing too and later that evening we will be changing into our smart togs for a concert at The Jurby Church, Church Road, Jurby West, IOM, IM7 3AY. So we hope you can all make it along as it’s also the weekend of the motor bike festival so there will be plenty to see and do.

This will be my first visit to the Isle of Man but I do hope it wont be my last. I’ve always wanted to perform on the IOM and it’s good to have the opportunity to explore somewhere different and meet a new set of people with fresh ideas.

Sadly I will only have time to write this one blog this week  but don’t worry I expect when I come back from the Isle of Man I will have lots of great photos to share with you all and much to tell you. In the meantime I still have many more photos from Newark I haven’t yet posted so keep watching my facebook pages which will keep you up to date. 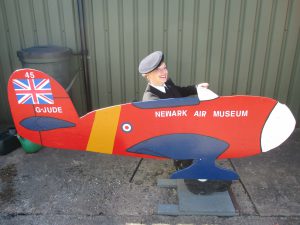 Wings Over the Navy!