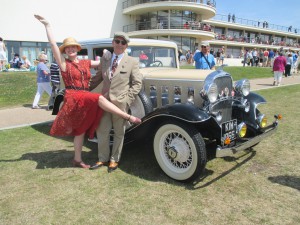 Paul and I in Bexhill at the De La Warr! 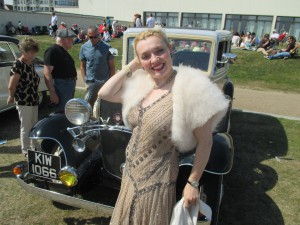 Sorry I’m a day behind with my blog this week but since returning home from Bexhill I found myself so exhausted that I had to take a day off from paper work. After my Monday morning show I fell straight into bed. In fact I slept for 15 hours yesterday and today I’ve been catching up between shows. Once again it’s a busy week and I have much to do before I hit the road on Thursday and head off to Kings Lynn and RAF Marham for the bases special Family Day. I’ve been engaged to sing in the evening for the RAF Dance which reminds me I still have my show plans and buttons to polish so I had better jump to it as I have a show tomorrow afternoon and so much to do in between times.

If you caught my photos on Facebook you will know I’ve just come back from performing for the Roaring 20s event which was staged out-side the De La Warr Pavillion in Bexhill. I’m thrilled to say Bexhill broke the world record for the most people doing the Charleston dance all at once. The record was privasaly held by Australia who had 356 people where Bexhill had 503 dancers so well done to every-one who took part. As it happens I performed 3 times on Saturday and sang a variety of songs from the 1920s and 30s which allowed for 3 costume changes. Intialy I was engaged to perform on the terrace but I was swaped over to the main stage where my performances worked in with all the veracious dance troupes. 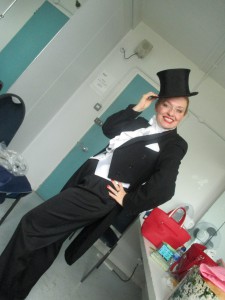 Putting on the Ritz at the De La Warr!

I have never seen Bexhill so busy as it was on Saturday. They estimated 25.000 and yes I’m sure there were 25.000 people there. Many people had brought picnics and the grass outside the De La Warr had all sorts of wonderful Vintage Cars upon it. My favourite being Bruce Moore’s 1932 Chevrolet Confederate Deluxe Special Sedan. So stylish and very me!

On Sunday Paul and I headed into Hastings Old Town and I caught up with my friend Anne Finch of Blitz Knits who knits all my 1940s jumpers and yes I did treat myself to a new sweater although it was hard to choose which one as they are all so lovely!

Well must dash now as I have so much to do. 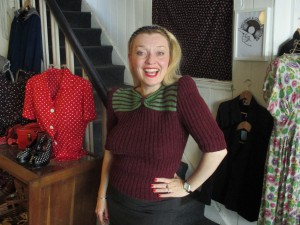