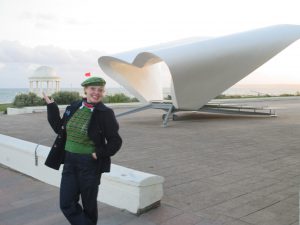 Out and About in Bexhill at the De La Warr!

Last weekend was one of those occasions where nothing quite went to plan. I had been looking forward to this weekend for quite a while. Paul and Poppy were going to meet up with me in Bexhill  but due to unforeseen circumstances they had to cancel their travel plans at the very last minute and return home which was ever-so disappointing.

When I revived the news I was too far on my journey to turn back so I decided to take pot luck and find a hotel. For any-one who knows me this is so unlike me  as I like everything organized and booked  well in advance. However I thought lets throw caution to the wind, have an adventure and see where fate takes me. After all it’s only Bexhill what could possibly go wrong!

The Hastings Premier Inn was fully booked which I didn’t mind too much as the car park was over run with building work. So I thought lets try St Leonards as I drove down to the sea front and found the “Sherwood”. Yes they had a single room and at £45 a night, I didn’t think that was expensive. However when I asked to see the room the gentleman said ” I don’t show people rooms, 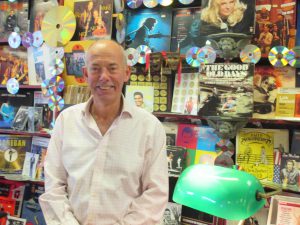 you either want it or you don’t” which made me think there must be something wrong with it so I said “I don’t” and left! There’s nothing like service with a smile!

Next I thought lets try Bexhil as I drove on along the cost. Bexhill is a town I know very well as I’ve performed at the De La Warr  Pavilion many times. Back in those days I always use to stay at Park Lodge which is more or less opposite the theater and to my delight they were able to accommodate me. Phew! It was just like old times as I stayed in room 8 on the second floor. I can’t tell you how relived I was as I popped along to the 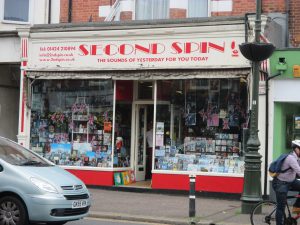 I love this part of the world and on Saturday morning I was able to catch up with my friend Philip who runs Bexhill’s famous record shop “Second Spin”. Hastings old town is also one of my favorite vintage shopping haunts. I had made an appointment to see Anne Finch the lady who knits all my vintage jumpers and I also wanted to meet up with a few of the dealers to sell some of my vintage clothes. I’m now having to be ruthless as I’m running out of storage space. All my clothes have been well looked after so I was able to sell them 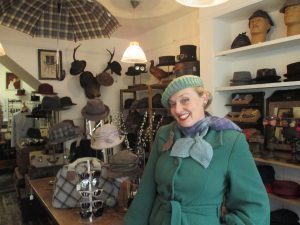 with ease and order my new jumper from Anne.

It’s been a while since I was last in town but every-time I visit there is always something new to see as the shops are ever changing. Hastings old town is very Bohemian and is full of creative interesting people. I feel very at home there especially as it’s where they filmed “Foyles War”. On this occasion I was thrilled to discover The Old Town Hat Shop at 52a High Street. It’s packed full of wonderful creations and I can’t wait until the time when I can visit again. 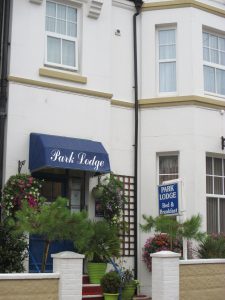 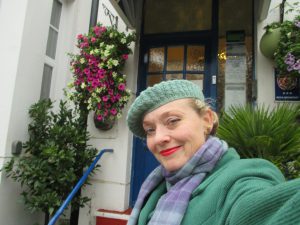