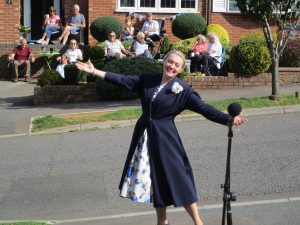 On Stage in Manor Road! 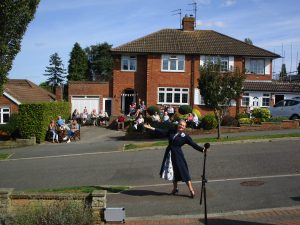 Bringing Manor Road  Together Through Music! 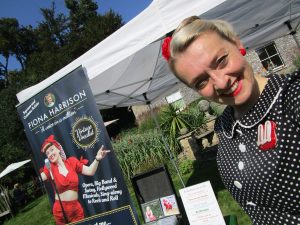 Getting Set Up at Wycombe Museum! 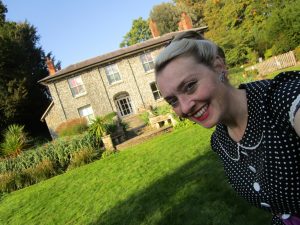 Although we are all living through difficult times it’s still very much business as usual, what ever usual might be which is forever changing. I have so many crossing outs and re written in shows in my diary that it’s hard to keep track. However last weekend was a dream. Not only did we have fantastic weather  but I had the pleasure of performing in two new locations, Toddington and on the Sunday I was at Wycombe Museum. I also managed to perform two “Last Night of the Proms” concerts which tied in with the 12th September.

My Saturday Toddington show was a Driveway Concert and it was wonderful to see the whole community coming together. The last real opportunity before we all have to go back to bubble groups of six. It was my first time in Toddington where to date my Driveway Concerts have centered around Leighton Buzzard, Mentmore, Pitstone and Wendover. Naturally I performed all the favorites and my audience was extremely appreciative. So thank-you to every-one who came to see me in Manor Road it was wonderful to sing for you all.

On Sunday I had been booked to perform “The Magic of the Musicals” at Wycombe Museum which is literally just around the corner from Hughenden Manor. Oddly enough I was at Hughenden Manor exactly one year ago performing for The National Trust’s 1940s event so it’s strange how fate can turn. 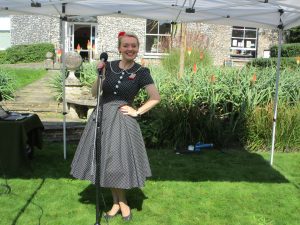 The Magic of the Musicals! 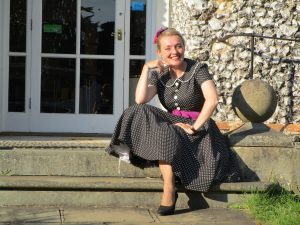 After the Show is Over!

Due to Covid the museum and tea room is currently closed to the public but the grounds are open and it’s possible to buy teas and cakes which are served through the hatch which can be eaten and enjoyed in the garden. While I was there a lot of people brought their picnic rugs and sat out on the lawn watching my show.

A lot of work goes into all my show plans and it’s important to get a good balance of music covering all the different decades. I found that during my Wycombe  show audiences seemed to enjoy my Disney songs and modern musicals most of all with a couple of requests for “The Greatest Showman”.

I thought it was high time I saw the musical and I watched it all the way through on DVD for the first time last week. Prior to this point I had seen a few of the songs on You Tube but the music never caught me. However when I watch “The Greatest Showman” in context I really enjoyed it. I remember the original score from the musical “Barnum” really well when I saw it back in the 1980s with Micheal Crawford in the title role. I have also sung from the show so it was interesting to have a new take on the story. Although I confess I found Jenny Lind a little annoying. She was the most highly regarded opera singer for her day and having her songs depicted as poppy power ballads did great a little.

Last Tuesday it was Battle of Britain day so perhaps not surprisingly that’s been the theme for this weeks shows. Tomorrow I’m in High Wycombe and then on Saturday I shall be performing my Driveway Battle of Britain Concert in Pitstone with another Driveway show scheduled for Sunday too. Battle of Britain shows continue through to Tuesday and then all being well I shall be performing for Dunstable Town Council’s Vintage Motor Rally the following Saturday songs from the 1930s through to the 1970s. With a bit of luck I might even be going back to the 1960s on Thursday but that’s another 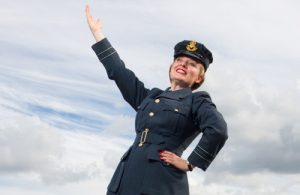 Dressed to Perform my Battle of Britain Show!

story and I shall keep you posted.