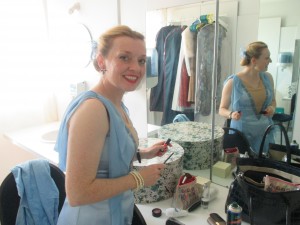 Back stage at the De La Warr! 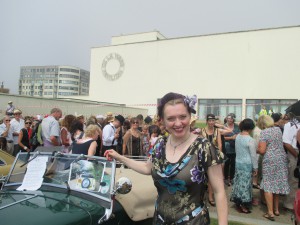 Hello every-one and what a rip roaring weekend it’s been. Paul and I have just returned home from performing in Bexhill at the De La Warr for the Roaring 20s Event. I travelled down on the Friday night after first performing for a lovely Wedding at The Warren Lodge in Shepperton. I confess Friday was the first night of the Summer Holidays and the traffic on the M25 was very heavy. However all was well and I made it down in plenty of time for the show and what a beautiful wedding it was too. The weather was perfect. I had been engaged to perform music from the 1930s -1960s but saying that when it comes to a wedding you can’t go wrong with a bit of Abba and “Dancing Queen”.  Every-one was beautifully dressed and the bride was especially radiant. I would have liked to have stayed for longer but it was important for me to say my goodbyes and continue my journey down to Bexhill.

On this occasion Paul and I had decided to stay in Gladdis our tour bus so Paul met me down in Bexhill. As you might imagine Saturday was a very full day. I had been engaged to sing at various intervals 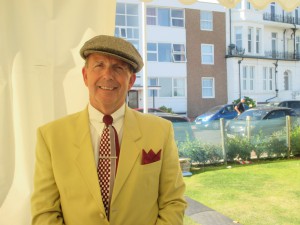 Backstage with Paul in his new 1920s Cap!

through-out the day on both the main and terrace stages. In all the years I’ve been working down in Bexhill I’ve never seen the De La Warr so busy. It’s my favourite theatre and a little like coming home. I’ve sung on the De La Warr stage many times before but this time the event was being stage outside on the sea front.

For my 3pm slot I sung on the terrace stage and finished my show with Nessun Norma. Nessun Norma was a little bit of a wild card  and I almost didn’t do it at all but as the aria was writain in 1923 I thought why not 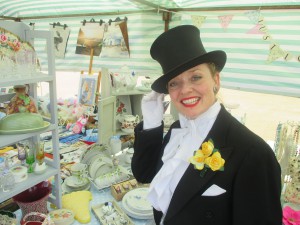 Shopping for Vintage Between Sets! 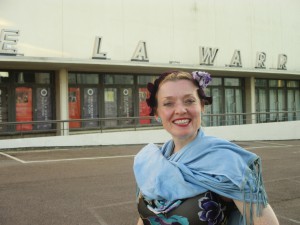 After the Show is Over!

and the audience gave me a standing ovation. I love Bexhill! Saturday’s event must have attracted over 20.000 visiters. There was so much going on. I partially enjoyed the dancing from Debonnaire and the 18 Piece Swing Shift Big Band not to mention the Prohibition stuntmen.

On Sunday Paul and I made it down to the old town of Hastings although sadly we didn’t have too long. I didn’t get back until 6pm last night as I needed to do some shopping in St Leonards and I’m now working hard to get everything ship-shape for this weekend. I’m afraid I will only have time to write one blog this week as I’m all set to play Chipperfield Cricket Club, WD4 9BS  this Friday with a 1940s WAAF show. If you would like tickets call Trudy Leach on 07979 221682. It’s in aid of the Peace Hospice, Watford and tickets are priced at £18 which includes a wartime super. It will be lovely to see you. 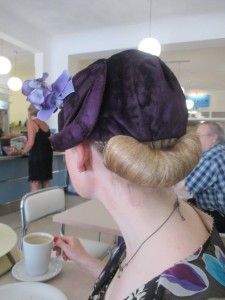 Church street in a show called “Viva Vintage” music from the 1920s – 50s. On Sunday I’m booked to sing two 1940s sets one ATS at 11.45pm and one American glamour at 3pm so I’m busy this week working out my show plans. We come back straight afterwards on Sunday night and then we are down to Portmouth on Monday 1st August. I have some shows to do in Portsmouth before heading over to the Isle of Wight on the 4th August for the Victorian Festival at Havenstreet Railway and I wont be back until the 11th. I’ve been looking forward to playing the Isle of Wight’s Victorian Weekend very much as Paul and I have decided to take a small holiday while we are there and see a little of the island. I’ve played the Ise of Wight many times although this will be my first chance to play the tourist. So far we have both had a very busy summer season and we are looking forward to a bit of a rest. 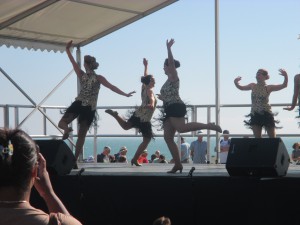 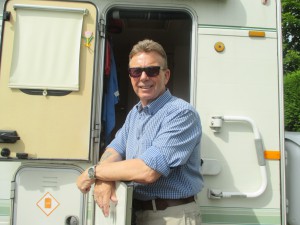 Paul with Gladdis the Tour Bus! 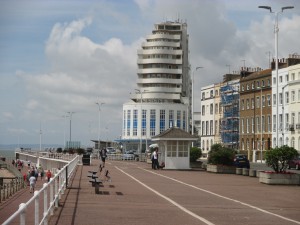 I shall see how things go but this may be my last blog before the 11th August. I have a lot to squeeze in in the next few weeks which includes show plans and prepping costumes. I shall do my best to keep you up to date with my photos through facebook, but one good thing I will have lots of new photos and news to tell you when I get back.

David has been working hard on my show reels so I hope it wont be too long before I have some new videos to show you come mid August. I’m also itching to record a new album next year and I have lots of ideas spinning around in my head which I would love to put into production. At the moment I’m concentrating on my filming and showreels. The next section will be the 1940s as I go very Hollywood and glamorous. I have some new songs in production with Richard at the moment and I’ve been thinking alot about fabrics and dress colours. Since making these last two showreels I’ve become much more awear about colour on camera and I seem to be having a problem with pink. It fights with my spray tan and I need to avoid wearing black gloves. As for the album we will have to see I’ve so much to do first. I need to make a start on issue two of Vintage Fair magazine as next year I will be celebrating 25 years in show business.

I must dash now as I have a show in Edgeware and I need to get ready. Keep Watching and enjoy my facebook pictures from the Roaring 20s weekend. Toodle Pip and Bye for now!