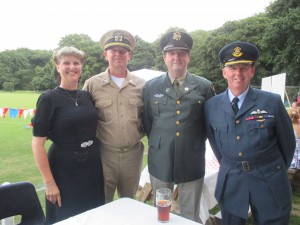 Trudy and Friends Dressed Up for Chipperfield! 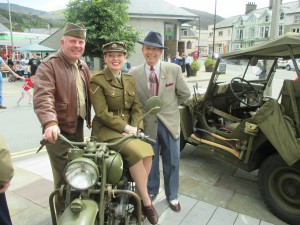 Out and About in Blaenau Ffestiniog! 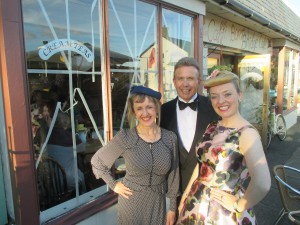 Gaile, Paul and I at the Bridge Cafe! 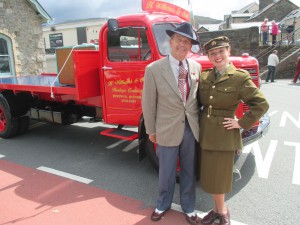 Paul and I Between Shows at Blaenau Ffestiniog!

Hello every-one if you have been following me you will know I’m in a bit of a dash. I’m on the road and I’m just making a quick stop before I head off down to Portsmouth and the Isle of Wight for my next run of shows. In fact I’m squeezing this blog in between performances. Paul and I have just had the most wonderful weekend performing in Chipperfield and in Wales at Blaenau Ffestiniog that I wanted to share the news and some of my photos before hitting the road once more.

It was lovely to be at Chipperfield Cricket Club last Friday and it’s hard to belive it’s been a full year since Paul and I were last there performing in aid of the Watford Peace Hospice. The event was staged by Trudy Leach and it was great to see every-one, dressed up, joining in with the songs and up and dancing. The club had been beautifully decorated and the night had a wonderful atmosphere so thank-you to Trudy for inviting us and here’s thumbs up to the next one!

After Fridays show Paul and I were back on the road straight away come Saturday morning making our way over to Wales and the town of Blaenau Ffestiniog.  Blaenau isn’t far from Portmadog and quite a drive from Leighton Buzzard so it took Connie, Paul and I five hours to get there. We had been booked for Saturday night to perform a show called “Viva Vintage” music from the 1920s – 1950s at The Bridge Cafe. Dinner was served before hand and Paul and I performed 2 x 45 minute sets from a time when music really was music which went down really well with the audience. The show had been really well organised by Gaile from the cafe who had arranged the whole event and Sundays Vintage car show which this year had a 1940s theme. On Sunday I performed 2 x 45 minute 1940s shows, one ATS and the other an American 1940s glamour set. Paul sang too and it was lovely to see so many local people who had turned out to support the event, especially the children who had come dressed as evacuees.

Tomorrow I’m dashing off bright and early as I have an afternoon show in Portsmouth. Paul and I sail for th Isle of Wight on Thursday and you will be able to catch me on stage on the 6th 7th August performing 3 shows daily at The Railway Station, Havenstreet for the Steam Railways Victorian weekend.

With that I must dash thank-you for following. I look forward to catching up with you when I get back which wont be before the 12th.