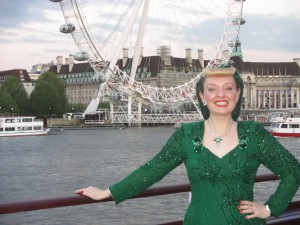 Up on Deck On the Tattershall Castle! 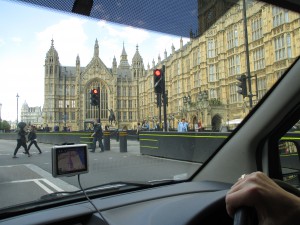 Gloucester with my Swing 50s and 60s show. For those of you who have been following my blog will know this week I have been performing my “We’ll Meet Again” Show down in Chichester and I’m due to return and finnish the tour on the 26th 27th May before heading up to the Cotswolds for a show on the 28th. Despite being down on the South coast I found myself comuteting into London for two days this week as I was booked to perform on the Tattershall Castle river boat which is moored on the Victoria Embankment. 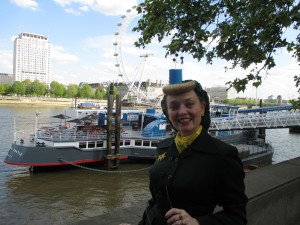 Arriving at The Tattershall Castle! 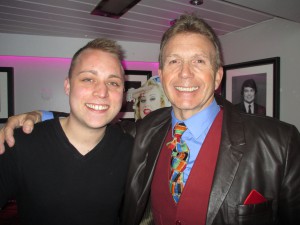 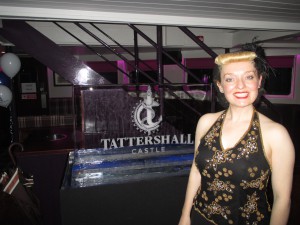 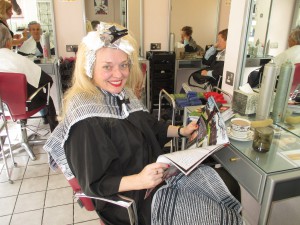 Back in the Hair Dressers!

I confess I’m something of a country girl and driving in London does scare me a little only because I don’t know what I’m doing and I seem to bring out the worst in other drivers. To be honest I’m not sure I know what all those gestures mean which is probably just as well! However Paul very kindly offered to drive me in which helped no end. You really have to keep your wits about you and although the performing is the easy part it’s the getting to, parking and unloading which is difficult. The Tattershall Castle is moored opposite the London Eye right in the heart of London and to get to her you have to drive past Westminster which was very slow going as you have to turn back on yourself to unload. You can’t park for free until 6.30pm although finding a parking space isn’t always easy as the nearest street is Savoy Place. Westminster Council have a habit of closing down parking spaces from time to time so it’s important to read the signs. London is a two-man job and as it was my first time on The Tattershall Castle I wasn’t quite sure what I needed. Up to know I haven’t really done much work in London largely due to the parking and unloading restrictions but I certainly hope this wont be my last. Rather thrilling Babs a friend of Tattershall Castle found me on Facebook and thought I would be perfect for the opening press nights due to the fact I perform music from the 1930s 40s and 50s.

Tattershall began her life as a pleasure cruiser back in the 1930s so it was felt my repertoire and theatrical style would be ideal. I was booked to perform for two nights on the trot 2 x 45 minute sets and I included lots of bright movie musical numbers from Judy Garland to Rodgers and Hammerstine. These songs went down really well with the audience along with “Diamonds are a Girls Best Friend” and my “Me and my Girl” Medley. By the end of the show I got every-one up dancing to my Rock and Roll Medley before finishing with “Nessum Dorma”. You can’t beat a good aria! A big thank-you to Bouchra, Craig, all the staff on the Tattershall Castle who worked so hard to make these two events so special and of course I mustn’t  forget sound engineers Manny and Adam! Thank-you so much for all your help and hard work! 😉

Paul and I are back on the road tomorrow as we have both been booked to sing for the theatre club in Longhope music from th 1950s and 60s. I drove home from Chichester today and headed straight to the hair dresses  to have my roots done. Tomorrow I’m back in the hairdresser’s at 8.30 am for styling only I shall sleep on whether I’m having a Dusty Springfield or a Princess Grace style. Speaking of which I must go now as I still have e-mails to answer and costumes to sort.

Keep Watching and I shall be back in the office on Monday where I will be catching up on my paper work!