I know I’m a little earlier than usal writing my blog tonight rather than Thursday or Friday but as I have a very busy couple of days a head of me what with Armed Forces Day and all I thought it would be best for me to write my blog tonight. I’m still struggling a bit to put my photos where I should like them to go and to arrange my blog post as I would wish them to be but I am working hard to improve – so do bear with me.

Today I’m just back from singing in Peterbough, tomorrow I’m in High Wycombe, Chinnor on Friday and then I’m off bright and early to Birmingham on Saturday for Armed Forces Day. This year I have been booked by Birmingham City Council to perform 3 x 40 minute sets in Chamberlain Square for the cities event. I’ve been asked to open the show with my WW1 show “Pack up Your Troubles” at 12.10pm then at 2.20pm to do an American Swing Show and to close the event with my final set running from 4.20pm to 5pm with “We’ll Meet Again” my ATS show finishing with “Land of Hope and Glory”.  So as you can imagine I’m really looking forward to Saturday. It will be the first time I’ve played my WW1 show to a large audience and I’m hoping we will attract a good turn out. The Birmingham Mail have writain an article about the event and included on-line some wonderful photos from last year. I shall also be on stage with another great friend of mine and entertainer Paul Casper who many of you know does a fantastic George Formby act. There will also be a Military Community Choir and from 11am the Veteran’s associations such as the Royal British Legion, Help for Heroes and the War Widows Association of Great Britain will be in Victoria Square running stalls and displays about their organisations. So I hope you can all make it along as this looks to be a fabulous event.

On Sunday I’m in Warwick, not far away from Birmingham which for once has worked out rather well with me returning home on Monday. Next weekend I will be singing at the Brackley Music Festival so it all go!

That’s about all my news for now. Thank-you for following   and I hope to see you all in Birmingham on Saturday. 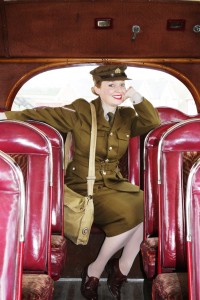 All Set For Armed Forces Day