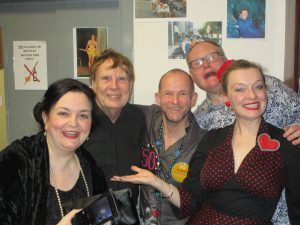 I can’t believe it’s already Thursday and I haven’t published my blog yet. I wouldn’t have said I’ve been that busy this week but then when I look again I actually have,  performing shows everyday. I’ve been up to Leeds and back, down in the recording studio getting Paul started on his album not to mention thinking about my own musical arrangements, plus phoning clients and catching up with the endless stream of paperwork.

It’s been a busy and interesting week. Saturday was a quick dash up to Leeds after performing the last of my Valentine shows of the week to attend Diddy Dave’s 50th Birthday Party. I was so keen to get to the party I didn’t even have time to change. Diddy and I 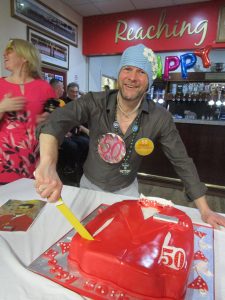 were Red Coats together at The Metropole Hotel in Blackpool back in 1991 and it was great to get the old gang back together as I met up with friends and Red coats I’d not seen in years.

Diddy was part of a comedy double act called Kirkham and Knill and I was so thrilled to meet up with Big Dave who made up the other half of the act, my flat mate Rachel and organist Ray Willets who taught all us reds so much about music when we worked together on the late night sing-alongs! I learnt so much as a red coat which really gave me a good grounding and the spring board I needed to move from amateur into the professional world. This was where I learnt about show patter, how to use a sound system and also about lighting. All very valuable tools. 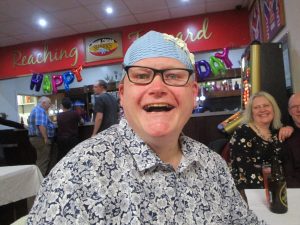 Meet Big Dave – It Was a Very Good Party!

Although it had been years it was like we’d never left the Metropole as we all descended on Shaw cross Rugby Club in Dewsbury and boogied the night away.  The two Dave’s were always the life and soles of the party and it was great to see every-one enjoying themselves. Both Diddy and Big Dave had worked as Red coats at Skegness before and I enjoyed meeting up with the other Red coat team and swapping stories. 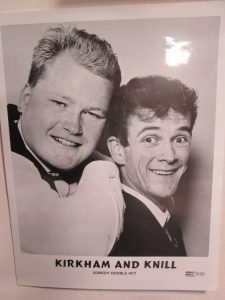 there were photos of the Dave’s career although I never quite got to the bottom of Speedo  Dave and the story behind the flowery swimming cap! Rachel and I had checked into the same hotel and next morning we had so much to catch up on before we all met up for Sunday lunch at Dolce Vita. Sadly Big Dave didn’t make it as it had been a very good party indeed and he needed to recover from the nights festivities. Such a shame as I would have loved to have seen him again and spoken some more.

It was necessary for me to get back to Bedfordshire as Paul was booked to record his first album on Monday. I met Paul at the studio and he managed to record the bulk of his album in three hours which is an incredible achievement. There is still a little bit of mastering to do but I know it’s going to sound fantastic when it’s finished. Richard is such a wiz and so easy to work with so I knew Paul would get on with him well. 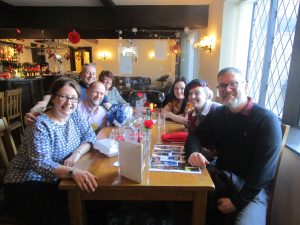 After Paul’s session I too had some time with Richard as I set out my songs and discussed the numbers I’m putting into production for this year. With the 75th VE and VJ Commemorations it’s important to step out with something new. I’ve lots of fresh wonderful musical arrangements and ideas I can’t wait to sing which will include numbers from “The Wizard of Oz”  and “Mr Henderson Presents”. Part of my job is finding those forgotten gems and having music arranged so it sounds fresh and new. 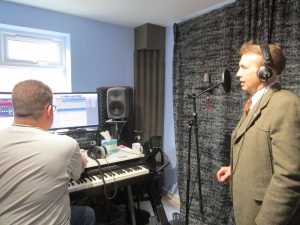 breath of fresh air.  She too has realized there are far too many girly groups and singers all performing the same ten songs and needless to say it’s time for a change.