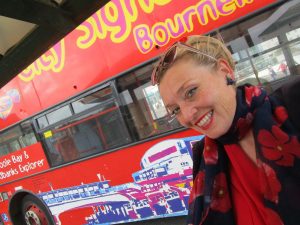 Out and About on The Bournemouth Tour Bus! 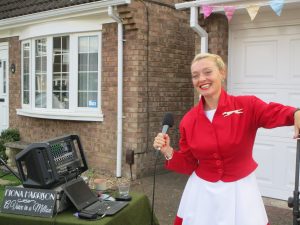 Welcome back to the second part of my holiday blog from Bournemouth which this time took me on the Circle Line Bus Tour to Poole and a special trip to the National Trust property of Kingston Lacy in the town of Winborne Minster. 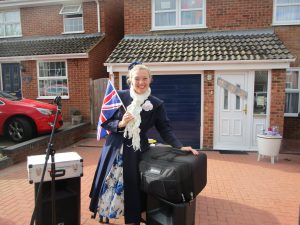 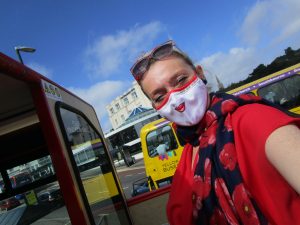 From On Top of the Bus!

But more on that in a minute. Firstly I’d like to thank everyone who came to my Leighton Buzzard Driveway Concerts over the August Bank holiday. The weather was a bit hit and miss on the Saturday at Johnson Drive, but as the weekend progressed the weather got better. By the Monday we couldn’t have asked for more better weather! For those of you who follow me on Facebook, I expect you have already seen my video of Monday’s show which I streamed live from Columba Drive.

This Saturday I shall be performing 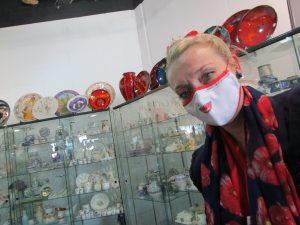 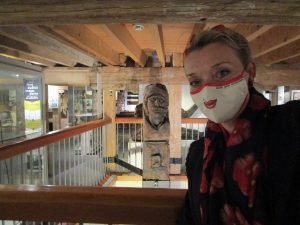 in Pitstone at Stirling Place and on Sunday I shall be in Weston Turville at School Road. So if you happen to be in the area it will be delightful to see you. I perform my Driveway Concerts at 3pm and for the moment I’m still performing a mixed show of music. Next week I will be starting on my Proms Concerts with the run up to the last night. So keep following my social media pages for the latest news. 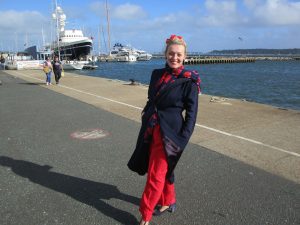 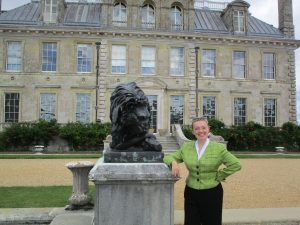 Last Tuesday the weather took a turn for the worse as the rain and gale force winds came in overnight! My mother decided to stay in the hotel but I, not wishing to waste any of my holiday time, decided to take a trip on the Circle Line Bus Tour which leaves every hour from the centre of Bournemouth. It seemed like the best idea under the circumstances and by the afternoon the sun came out even though the wind remained strong.

The bus tour lasts for an hour and a half and it’s a fun way to see Bournemouth,  especially listening to the commentary and the jolly Bournemouth song which was extremely entertaining (but not necessarily for the reasons initially intended).

I decided to get off at Poole to see a few of the sights which included Poole pottery and the museum.

Like all companies, Poole Pottery has had an interesting history. It was originally founded in 1873. Jesse Carter purchased the “T. W. Walker Patent Encaustic and Mosaic Ornamental Brick and Tile Manufactory” from a bankrupt James Walker, who had established the business on the East Quay in 1861. Fortunately the name was not retained and the company became “Carter and Co.” In these early days the factory produced tiles and architectural ceramics for the burgeoning interior design market.

Carter’s son, Owen, was responsible for introducing ornamental and tablewares into the range during the early 1900’s, experimenting with lustre glazes and working with designers such as James Radley Young. This work was disrupted by the first world war, however, and following Owen’s death in 1919, new leadership was required.

After the war the restrictions on commercial pottery manufacture remained until 1952, although ornamental exports were allowed and a revised tableware range “Twintone” was deemed acceptable. John Adams and Truda Carter both retired in 1950, however, and another era began following the appointment of Alfred Read as head of design.

In February 2007 Lifestyle Holdings, owners of Royal Stafford, acquired Poole Pottery. This did not include the factory, and gift-ware production which was transferred to the Royal Stafford factory in Burslem in Staffordshire.

Although it seems slightly odd that Poole is now being made in the Midlands, the new owners have retained and developed the design characteristics of Poole and, lead by Head of Design Andrew Tanner, have recently introduced some attractive new patterns.

While I was in Poole I visited the Quay Shop which has a small studio section and lots of pots which catalogue the many Poole designs throughout the decades. At one time my father’s relatives worked for Poole Pottery and we have examples at home, so it was fascinating to see the development in design through the ages. While I was in town, I also visited Poole Museum which has an interesting collection of maritime history before I had to make it back on the bus.

For the last day of our holiday my mother and I visited Kingston Lacy. It was for many years the family seat of the Bankes family who lived nearby at Corfe Castle until its destruction in the English Civil War after its incumbent owners, Sir John 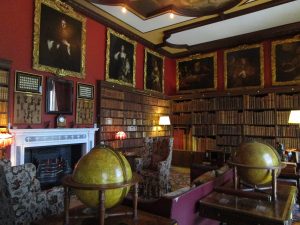 Bankes and Dame Mary, had remained loyal to Charles 1.

The house was built between 1663 and 1665 by Ralph Bankes, son of Sir John Bankes, to a design by the architect Sir Roger Pratt. It is a rectangular building with two main storeys, attics and basement, modelled on Chevening in Kent. The gardens and parkland were laid down at the same time, including some of the specimen trees that remain today. Various additions and alterations were made to the house over the years and the estate remained in the ownership of the Bankes family from the 17th to the late 20th century. 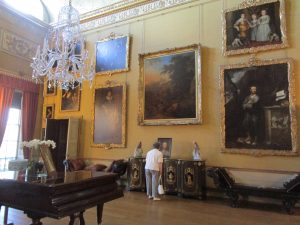 My Mother Enjoying the Beautiful Paintings!

In 1958 the house was designated as a Grade I listed building. The house was bequeathed to the National Trust in 1982 after the death of Henry John Ralph Bankes, along with Corfe Castle.

We were very lucky with our visit as the weather had improved considerably and with the Covid restrictions we could only sit outside with the coffee shop indoor seating closed to visitors. I adore looking around stately homes and Kingston Lacy isn’t too large. It has a wealth of beautiful paintings and lovely grounds to explore which I thoroughly enjoyed. 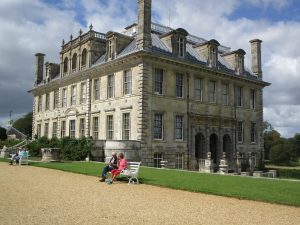 Out-side in the Gardens!

Now our holiday is over it’s back to business as usual as I continue with my Driveway Concerts and try and make the best of the Autumn season. Quite how the Autumn and Winter season is going to pan out I don’t know, but like many entertainers I’m taking one day at a time and praying for good weather, so I can continue to perform outside for as long as I can.

Thank you for following. Toodle pip and Bye for now! 😉