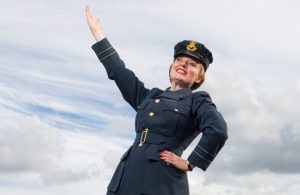 Off to Foulridge Social Club!

Hello every-one I’m in a bit of a dash as I’m between shows, busy sorting out my show plans for the weekend which this week will be taking me up to Lancashire and to the town of Foulridge. I’ve been booked to play Remembrance Sunday at Foulridge Social Club and this time my shows will have a WAAF flavour as the club is raising money for The RAF Benevolent Fund. In fact I have two WAAF shows back to back on Friday 11th and then Paul will be joining me on the 12th as we drive up to Lancashire. I have an ATS show on Saturday just outside of Manchester at Wythenshawe before we head straight onto our hotel in Kelbrook. It’s going to be a full weekend and one I’m looking forward to very much! 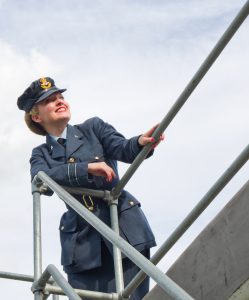 This week I’ve been busy with remembrance shows but I’ve also been performing a few other types of shows too. On Tuesday I was performing in Edgeware songs from the 1950s and 60s and today I was singing in Milton Keynes for the John Lewis Retired Partners. Back in the early 90s I worked as a window dresser for John Lewis before I decided to go on the stage. I needed a way into the business so I ran away to Blackpool and became a red coat. I stayed for 18 months, learnt everything I needed to know and then I stept out as a full time entertainer – the rest as they say is history. Many of the ladies and the gentlemen in the audince remembered me from my time at John Lewis. Apparantly I stood out rather although I can’t think why (I say rather tongue and cheek). I put together a special show for them today as it was the partners Christmas Party. I sang everything from Opera, Hollywood, Rock and Roll to Christmas favourites. Something for every-one which went down really well.

Next week I will be continueing with Rememberance shows but then on Friday I’m working as a double act with my friend Lynda Styan on Hayling Island. We’ve been booked to perform a WW1 Music Hall show at the Royal British Legion to commerate The Battle of the Somme so more on that in my next blog.