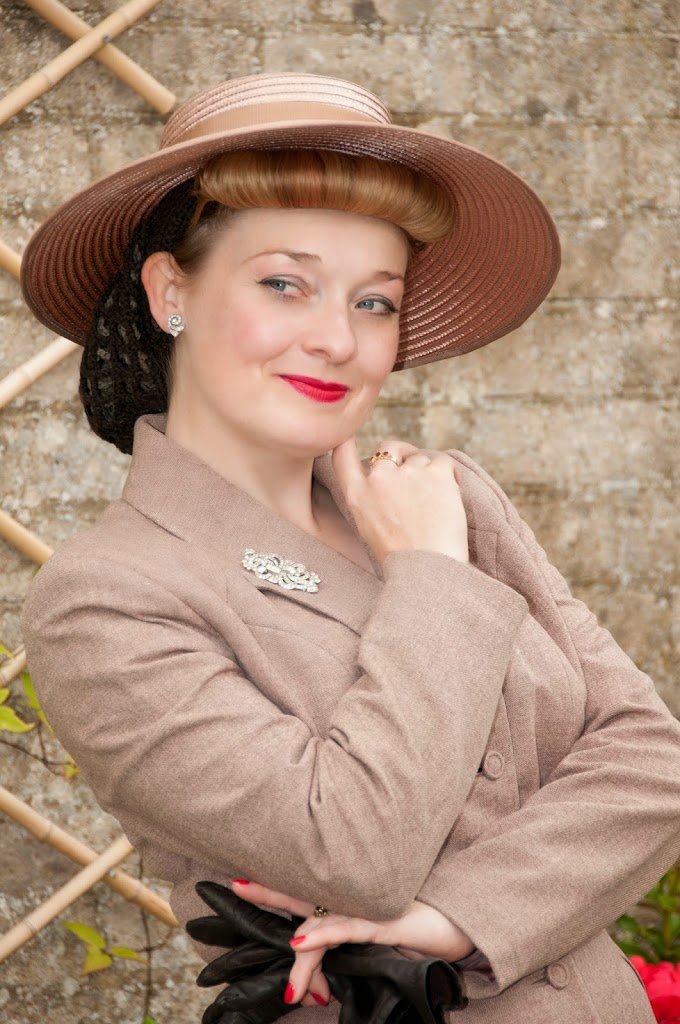 This weekend I have been busy trying to tie up all those lose ends before I head off to France so this week is going to be something of a dash prepping. Sunday was super as I was invited to sing for Norfest by my friend Julius which was being stage at his families home at Norcott Court near Berkhamstead. I didn’t realise until I got there that it was Julius’s Birthday – but he looked to me like he was having a wonderful time and thank-you ever-so for baking the lovely scones Julius they were fabulous and ever-so Yummy! I particularly enjoyed the home made jam – you certainly know how to spoil a girl! 😉
It was lovely seeing Julius again after all these years as we met way back in 1989 when we were working on the musical Annie together – my doesn’t time fly! While I was at Norfest I put together a 1940s & 50s show mixing Big Band and Swing, Musical Theatre with Rock and Roll. I even finished my set with Edith Piaf’s “Mon Dieu” which I’ve included on my new album “Liberty”. After my show Julius’s father Peter Rost presented me with his book “Weimar to Westminster” which looks like a fascinating read. To be honest I’ve not seen much of the book since my mother picked it up but what I have read is very interesting. Peter was born in Berlin and was one of the first to go to school under the Nazi regime and obliged to conform, aged six, by participating in the Hitler Youth. With a Jewish father and a blond Aryan mother, his parents marriage no longer had legal status under the Nazis. So his family joined the flood of refugees to England in 1937. Despite being an outsider during the war and the disadvantages of a disrupted education, Peter Rost managed to get to University, became a financial journalist and a Member of the London Stock Exchange, before becoming a Member of Parliament. One of the passages I found very entertaining was when he talked about his national service and I quote :-
“It was to be the RAF, my preferred choice. The reason was not because I had ambitions to fly, but – please don’t laugh – those who knew the score and had been through the ordeal, had told me that life in the Army for National Service recruits was somewhat harsh. The uniforms were rough and “itchy”; the bedding did not include sheets; the food was inedible. The RAF on the other hand, was gentile, soft and civilised – a middle class elite “set”! Cotton shirts and collars, white sheets, no lugging around heavy rifles and back-packs. It sounded so much less daunting than the alternative. Well I soon discovered the truth! Even the RAF’s first eight weeks of square bashing was rough and tough”.
Ha ha – I sometimes think I could do with a bit of square bashing as I march like a chours girl with a bit of Ballet thrown in! The last time I was was singing in Arromanches I was wearing my ATS uniform and somehow I ended up in the parade. I must have looked like Tinker Bell!
The latest new on my album is that today I was able to pick up my inlays for Liberty and I’ve already started putting “Liberty” together. I’m still waiting on the post cards which will arrive Thursday so it’s all starting to come together. I’ve made up my corsages which will go on my dresses and much of my wardrobe for France will be following a Red White and Blue theme. I will of course be taking my ATS and WAC uniforms which I shall be wearing for my Arromanches and Ste Marie du Mont shows.
With regards my shows –  it looks like you will be able to see me in Arromanches on the 6th June after all.  I’ve been asked to take my show from the Veterans Marquee onto the main stage out side the D-Day Museum which is where you’ve all seen me play before. I will be on stage at 4pm 1600h with my ATS Veteran’s Show and on the 7th June you will be able to catch me in Ste Marie du Mont out side the church at 4pm performing “GI Jive” my American WAC Swing Show. So I hope you can all make it along. On the 4th June I’m  booked to perform in Cartigny L’Epinay which is a private party being held at Manoir de la Fosse aux Loups. So as you can see D-Day and Normandy is going to be very busy.
Well that’s all my news for now. Keep Watching and Toodle Pip!