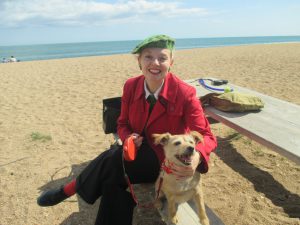 On the Beach with Poppy! 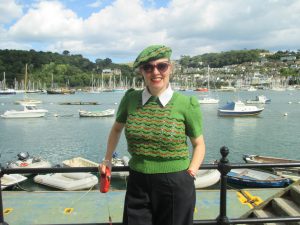 Hello every-one I’m back after a delightful eight days away in Totnes and as you can imagine I’ve come back to a pile of paper work and a heavy schedule of shows which will be taking me through to the end of September. I confess I’m already starting to feel the stress as I have some important shows to do this month and like anything it’s all in the preparation. The only way to succeed is to think ahead and if you fail to prepare properly then you prepare to fail which I mustn’t do.

Tonight I’m getting ship shape for tomorrows show which is taking place at the famous Royal Chelsea Hospital in London. It’s a great honor to be asked 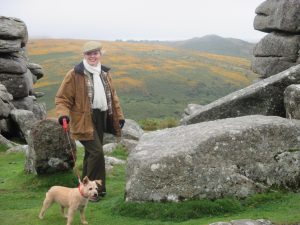 to perform for the pensioners  and I’ve been engaged to perform my 20th Century show which has something for every-one. Opera to Rock and Roll as I prepare to sing my way through the decades from 1900 to 2000. Nearly every-one in show business has performed there and it probably wont come as any surprise to learn that Katherine Jenkins  is a regular visitor to the club.

I’ve just finished my show plans and I now need to find something suitable to wear for tomorrows show. I still haven’t unpacked properly from Devon so after a good night sleep I will return to my wardrobes and with a clear head I’m sure I will find two out fits which will fit the bill perfectly. I can’t tell you how much I’m looking forward to singing for the pensioners and tomorrow I will be working with my friend Kim who will be doing sound for me, so it will be just be like old times!

I only arrived home yesterday and I’ve already started to put my photographs up onto facebook. Paul and I wanted to give Poppy a holiday so we met up in Totnes as Paul drove 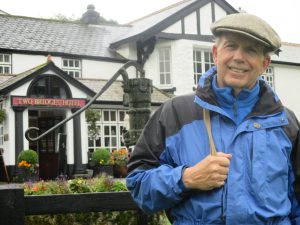 Paul at the Two Bridges Hotel!

the motor home and booked into the Caravan site at Steamer Quay. The camp site is very dog friendly and I can’t tell you how much Paul, Poppy and I needed this holiday. Poppy lives with Paul’s mother and as Paul and I spend much of our time going from show to show there isn’t a lot of down time as turn around from performances can be tight. It’s important to be organised and well prepared so to have a whole week with no shows set aside purely for relaxing was a real treat.

It’s true I could tell you so much about our holiday as we visited a few of the sights, although we were all very conscious of the fact we had come 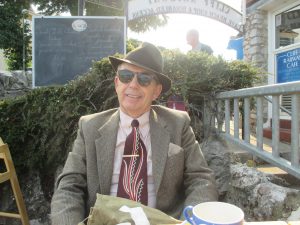 Tea with Paul at The Cliff Top Cafe! 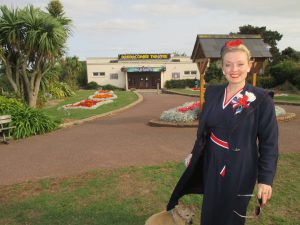 away to relax.  We spent most of our time sleeping late and pottering about with no real firm plans apart from doing the round robin. The Round Robin is a full days experience as you start by catching the ferry at Totnes which takes you down the river Dart to Dartmouth with commentary. Then after an hour or two in Dartmouth it’s over to the other side of the river to pick up the steam train which takes you onto Torquay and from there it’s an open topped bus ride back to Totnes.  As yet I haven’t put up all my photos of our holiday but do keep following my facebook pages as over the next week you will be able to see my whole set.

Some of the other places of interest we visited was Dartmoor Prison Museum where I learn’t jail isn’t spelt jail but gaol. (That still looks very wrong to me!) On the way back we had high tea at the Two Bridges Hotel which was a favorite destination for Vivien Leigh back in the day with it’s deep leather armchairs and antique furniture. We also visited Bygones museum which has three floors of British advertising history and is just around the corner from the Babbacombe Theater in Torquay which I played at in the early noughies. 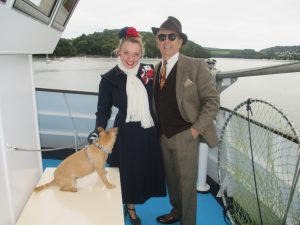 All 3 of us Doing the Round Robin!

Of-course no trip to Devon would be complete with out sampling the homemade cakes  and cream teas at the many tea rooms and cafes along our way. Our favorite was Greys in Totnes which is dog friendly and I particularly enjoyed looking at all the retro and vintage textiles at the Friday Totnes  Flea-market thanks to Amanda of Shabby Chick. While I was in Totnes I visited the fashion museum which had a wonderful WW1  exhibition and Stone Fabrics which is a real Aladdin’s Cave. 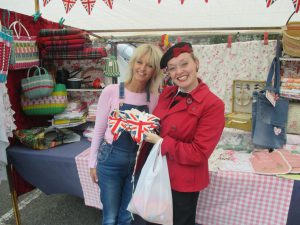 when I came across the most wonderful pair of retro sunglasses. That’s all my news for now as I really must get to bed. 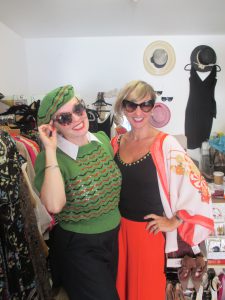