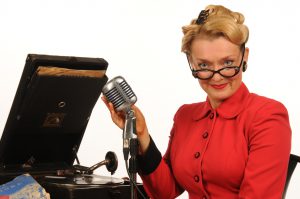 I’ve Heard that Song Before! 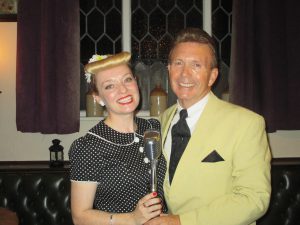 On Stage at The Eastney Tavern! 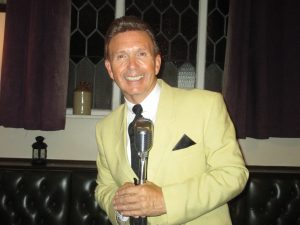 in preparation for filming later this month. Sadly Richard has been taken ill so we wish him well and hope he gets better soon. Get plenty of rest Richard and I look forward to catching up with you next week! xx

If you caught my last blog you will know I was booked to perform Friday night in Southsea at The Eastney Tavern. If you are ever in Southsea it’s the place to go for great food as it now has a top chef and the pub offers a fantastic selection of dishes. Check out their web-site http://eastneytavern.co.uk

I had been booked to perform the music of the 1950s and 60s which went down very well with the pubs cliental, most of which who could remember the songs the first time around. I have to say “The Swinging 50s and 60s”  is now one of my best-selling shows. Paul also sang and he delighted the audience with his Frank Sinatra repertoire, my favourite being Summer Wind. I had been engaged to perform 2 x 45 minute sets and we were even asked to perform an extra encore so finished with Opera which came as a special request.

Speaking of the 1950s and 60s you might be interested to know I’ve just seen the finished edits to my films “You Don’t Have to Say You Love Me” and “Johnny B Goode”. So it wont be too long 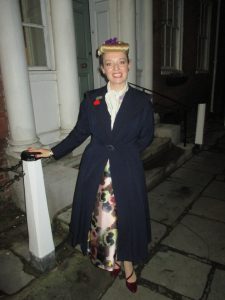 Outside The Pallant Gallery!

before I will have a couple of new films to share with you all. I’m back filming at the Limelight Theatre on the 30th and 3rd October music from the 1940s and 50s although due to ill-health Richard hasn’t been able to finnish “It’s Magic” for this time around. I may well have to arrange a day to film that one song later on in the year as I want it to open my next showreel and I was keen for the track to have a 100 pice orchestral arrangement with a leading concert piano.

On Saturday night Paul and I were in Chichester performing at The Pallant Gallery restaurant for a 50th birthday party. On this occasion I had been engaged to perform 3 x 45 minute sets of music from the 1930s – 60s finishing with some good old-fashioned Rock and Roll. You can’t beat the old tunes and towards the end we even moved things on a little with some Abba. When it comes to a party who doesn’t like Abba! It’s always great to see every-one up on the floor dancing 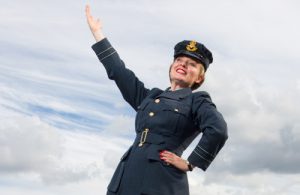 All Set for the Battle of Britian!

and singing along to Dancing Queen – It never fails! Most of the guests were in town for Goodwood and some had flown in from France so I made sure I sang in French too.

Today I have been working with my singing teacher on Italian as I get ready to fly out to Milan this coming October. It’s been good to go back to basics and we’ve been working on my vibrato by re-shaping my mouth slightly which has been helping no end.

Next weekend I have a run of private parties to perform for in Oxfordshire and Hertfordshire which are always very enjoyable. I often find working for individuals is much more rewarding. Large companies don’t always value talent and I enjoy working for clients who prize and appreciate what I do. This week is all about the Battle of Britain so I shall be flying high with WAAF shows for much of this week.