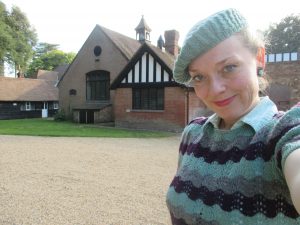 Chilling Out Today at Ascott!

It’s been a funny week this week getting back into the swing of things after our rescheduled weekend in Cheshire. In fact it’s been much of the usual with shows every day with me filling in with paper work in between times while keeping up to date with e-mails. Despite this however, I have to confess I feel rather restless. I don’t know if it’s because I have a lot to think about next month and it’s a little like the calm before the storm. Where you feel on edge and you can’t quite relax. Or maybe it’s just time for a holiday. Either way I can’t think about holidays quite yet as next month I have 40 shows to do and there is much I need to prepare and get my head round. 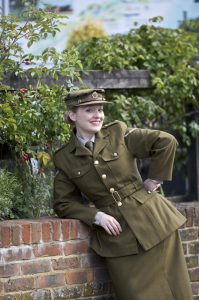 Stepping out in my ATS Uniform!

Today I just had to take some time out from my computer screen so I decided to visit Ascott House for tea. I often like to pop in for tea after a show as it’s a great place to unwind and sometimes they even have a cricket match in full play. I love to hear that distant crack on the willow even though I haven’t a clue about the match and who’s winning but it’s just relaxing to watch never the less.

Next week I’m back in the theater filming the music of the 1940s as this is the last in my current series of songs from the 1880s to the 1960s. However since I started this project I’ve now extended my product range into the music of the 1970s which means I might have to tackle the 70s a little later on. Fortunately that’s not next week and I can concentrate on just one decade for now. 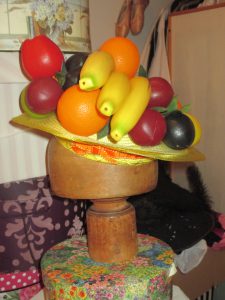 Very Much” complete with tutti fruity hat! At first I wasn’t going to include this number in my showreel but I felt it would add a wonderful splash of colour and would contrast beautifully with all my uniforms. So as you might expect I’ve been busy these last few days sorting out costumes trying to decide which ones to use. It’s important that the costumes I choose have the right personality for each individual song. It’s been a long job but I think I have it licked now!

Tomorrow I’m back in the hair dresses making sure my colour is right for camera and then on Wednesday I’m being spray tanned so we don’t get any nasty make up streaks for when we start filming on Thursday.

This bank holiday Monday I have two shows back to back with me finishing the night off in my home town of Leighton Buzzard at The Black Lion. The pub are holding a beer festival this weekend and they wanted to finish the weekend with a 1940s  VE Day show. So should be fun. I’m booked to perform 2 x 45 minute sets and my show starts at 7pm. So see you there.

This is all my news for now but don’t forget next week I will be back at Shuttleworth Museum on Sunday 3rd September performing for their “Vintage Heritage day” songs from the 1920s – 60s over 3 x 30 sets. But more news on that soon.