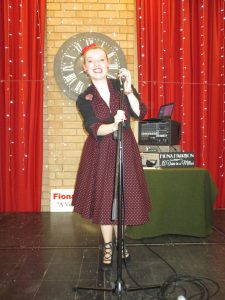 On Stage at The Weatherley Centre!

Hello every-one, once again I’m in a bit of a dash tonight as I’m starting to feel the pressure. Time is rushing by and it’s not long now before Paul and I will be setting sail for Normandy. I’ve so much to prepare and so little time to do it all in as I’m out performing most days with the run up to VE Day and the Royal Wedding.

May should be a very interesting month as I’ve been booked to perform the music of the 1950s 60s and 70s at Flackwell Heath Community Center on the 12th. This will be as a 2 x 45 minute program and I have some new musical  arrangements to learn for the show. That afternoon I will also be in Dunstable singing for the towns WW1 event as it celebrates the end of the Great War. The Following week  I’m performing in Kew at the National Archives Museum for The Suffragettes Centenary event on the 18th, Lavenham’s 1940s event on the 20th and then it’s over to South Wales and Pembrokeshire for Carew’s 1940s Milfest at the Control Tower for the bank holiday weekend. So you could say it’s all go and I’ve a lot of shows to prep for. 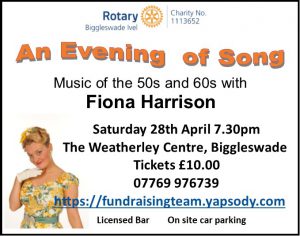 I’d like to thank every-one who came and saw me last night in Biggleswade at the Weatherley Center. Yesterday was a busy day as I had an afternoon show in Wrestingworth and strangely enough both clients had booked the music of the 1950s and 60s. It was a wonderful opportunely to try out my new arrangement of “You’re My World” which went down very well with both audiences and it’s a song I really enjoy singing thanks to Richards fabulous arrangement.

Today I’ve been trying to rest my voice as I’ve come down with a slight cold. It’s nothing I can’t fight off but it has given me a sore throat which is annoying more than anything. My next show isn’t until Tuesday so today I’ve been cracking on with my paperwork and dress designs. 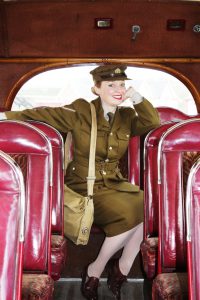 Heading Off to Normandy!

This week Arromanches came back and confirmed my show date for Saturday 9th June. I’ve been booked to perform a straight through two hour show from 9.30pm – 11.30pm (21.30h – 23.30h) just prior to the firework display which is going off all along the Normandy coast. This year I wont just be performing the music of the 1940s in Arromanches but including the 1950s and 60s too. It’s a major spot and I’m looking forward to adding in some new musical elements. Paul will be singing too and at this time we usually attract between 2000 to 3000 people, (weather dependent of-course!) Europeans aren’t quite as hardy as us British when it comes to rain! So let’s hope it doesn’t rain and we can rock Arromanches like never before!

A show like this takes a lot of preparation and I’ve learn’t from experience that turning up in an evening dress for the duration isn’t warm enough as the temperature very quickly drops. This year I’ve designed a special evening coat dress which will be lined in Wincyette and silk giving me the extra warmth I need.

That’s all my news for now and I will keep you posted as and when the rest of my tour dates come in.