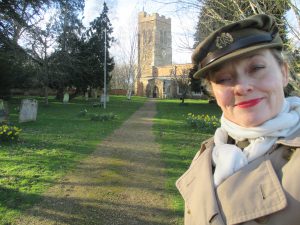 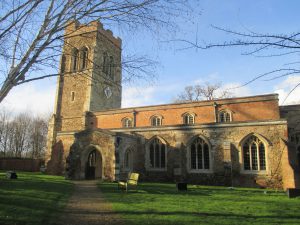 Southill Church of All Saints

If you caught my last blog you will know that this week I have been out and about performing “We’ll Meet Again” shows to tie in with Vera Lynn’s 100th Birthday. However after my performance in Biggleswade on Tuesday fate brought me by chance to the charming village of Southill.

While I was on my way home I saw a sign for a vintage tea room which I thought deserved a visit. I turned off the main road missed the tea room but came across another sign which pointed to the church saying they were serving teas on Tuesday. So by a twist of fate I ended up there instead which was just lovely. The church looked so beautiful with all the daffodils out and I thought it could have been used as a film setting for Miss Marple. What I didn’t realize was the village of Southill is famous for of the ill fated Admiral Byng. I sort of half remembered the story having had it told to me as a child as the ladies and gentlemen in the church reminded me over tea and cakes. He is buried in Southill’s All Saints church and was shot by sentence of court martial on the 14th March in 1757. Only the week before they had held a special 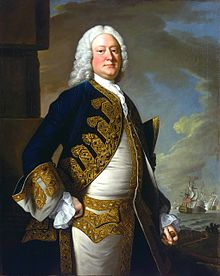 to commemorate the admiral.

Byng’s execution was satirized by Voltaire in his novel Candide. In Portsmouth, Candide witnesses the execution of an officer by firing squad and is told that “in this country, it is good to kill an admiral from time to time, in order to encourage the others” (Dans ce pays-ci, il est bon de tuer de temps en temps un amiral pour encourager les autres).  That’s where the saying comes from “to encourage the others”. If you are not quite up to speed with why Admiral Byng was shot here is an explanation.

Byng was 50 and a full admiral when the Seven Years’ War broke out in 1756 He sailed with ten ships of the line to Gibraltar. His orders were to prevent the French in Toulon 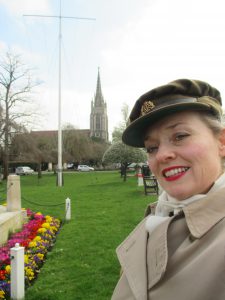 Out and About in Marlow!

from capturing the British stronghold of Fort St Philip on the island of Minorca, and to this end he was to carry a detachment of 700 men from the Gibraltar garrison to Port Mahon.

When Byng reached Gibraltar, he discovered that the French had already landed a sizeable force on Minorca and were besieging the fort. He and his council of war decided against landing more troops and he wrote to the Admiralty to explain that carrying out his orders would not stop the French and would be a needless waste of manpower.

The letter, which arrived at the end of May, aroused consternation and fury in London. George II said flatly: ‘This man will not fight!’ Then came news of an inconclusive encounter in June between the British fleet under Byng and the French, from which the French had 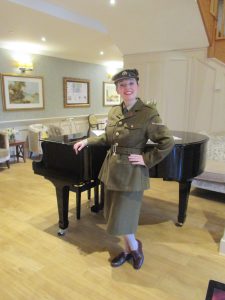 On Stage in Marlow!

sailed away scot free, and late in June Fort St Philip surrendered. Byng was summoned home and put under arrest on arrival. Mobs went about chanting ‘Swing, swing Admiral Byng’ and the court martial, which convened at the end of December, was reported in detail in all the newspapers. Byng was charged with ‘failing to do his utmost’. He defended himself, but the court found against him and with the utmost reluctance sentenced him to death.

All Saints Church in Southill is so beautiful so if you would like to find out more do visit the church.  In 2007, some of Byng’s descendants petitioned the government for a posthumous pardon. The Ministry of Defence refused. Members of his family continue to seek a pardon, along with a group at Southill in Bedfordshire where the Byng family lived. 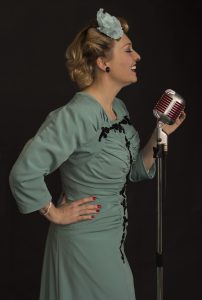 A Photo by Derick!

On Friday I found myself performing two more “We’ll Meet Again” shows back to back in the town of Marlow. This Monday I shall be on the road once more heading down to Fleet and then onto Portsmouth for a few days. I have a run of shows so I wont be back until Friday and then we will be into the Easter Bonnet season.

In the meantime I will leave you with a few photos which were taken by The Barnet and Finchley Photographic society when I modeled for one of their shoots. 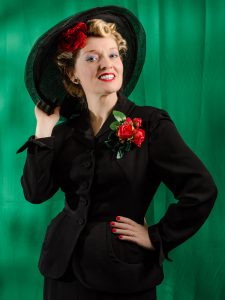 A Photo by Tony!