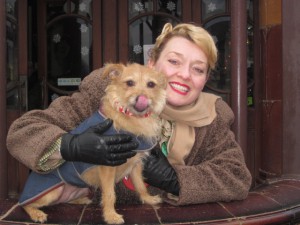 Poppy and I Out-sided The Kings Theatre! 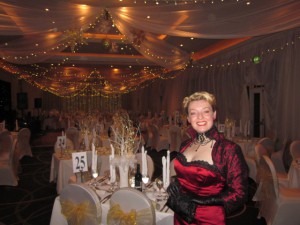 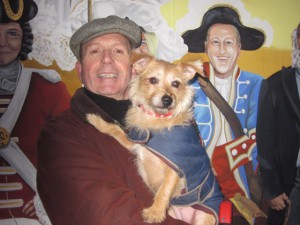 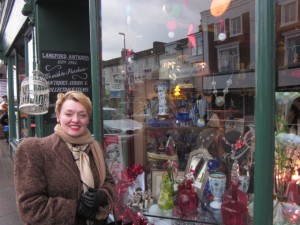 Out and About in Southsea!

Hello every-one and what a busy week it’s been! First toasting in the new year at The Bell House Hotel and then down to the South Coast as Paul took me to see Aladdin in Southsea. I was supposed to be enjoying a few days off but since returning home yesterday evening I’ve been working flat-out typing up contracts and planning 2015. It’s still early days but the year is starting to take shape nicely and I can’t wait to begin the season. I’ve also lots of plans for my web-site and I’m looking forward to introducing my schools page which I really must try and sort out this week. This morning I was back in the gym working-out and I’m looking forward to going out running tomorrow. I’m keen to lose a bit of weight after a year of staying in too many nice hotels so it’s time to get back in shape.

While I was away with Paul we took his little dog Poppy walking every-day which I belive is the best excercise you can do – walking. It’s been such a busy 2014 that I’ve spent much of my time travelling so it will be good to get back into a routine. Taking Poppy for walks has been great fun as I love to look in all the vintage fashion and antique shops along the way. Paul and I have been out a fair bit and on Friday we went to the Sales in Winchester but to be honest we couldn’t find a single thing we wanted to buy which is probably just as well as we are both over run with clothes. When it comes to dressing up I’m not short of a dress or two and we both made a very special effort for New Years eve. It was one of those rare New Year Eves where I wasn’t working so we decided to go to the Dinner Dance at the Bell House Hotel in Beconsfield. This might sound odd particularly when you take into consideration all the places I play but I really don’t get out much as I’m always working so to dance the night away was a real treat even if I found some of the music a little modern for my taste. I’m such an old-fashioned girl and even at the pantomime I found some of the musical choices and singing styles a little too modern and poppy, but then both Princess Yasmin and the Genie of the Lamp were played by X Factor winners!

Well that’s all my news for now. I’m back to work tomorrow performing swing tunes from the 1940s and 50s so must get to bed!