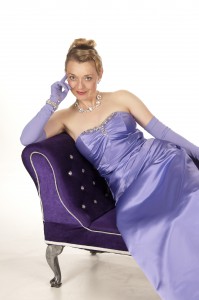 Off to the Ball!

I’m a little earlier with my blog this week only because I have a busy few days ahead and I wanted to be shure I would have my blog done before the weekend. Today I have been out and about performing my Wrens show “The Fleets in Port Again” to tie in with Trafalgar Day. It’s true my Wrens show is more 1940s than 1805 although I do sing “Heart of Oak”. Writain in 1759 by William Boyce, the words were by David Garrick and for those old sailors out there will already know it’s a very patriotic song. It comes from an 18th century pantomime called “Harlequins Invasion” but an Americanized version was composed in 1768 and became very popular as “The Liberty Song”. It’s a song which is associated with the Royal Navy and although not many people know the words it’s one of the songs where every-one seems to find their way by the time we get to the slower bit of Steady, boys, steady! I perform it in a medley of nortical songs before finishing off with the Gang Show favourite “On the Crest of a Wave”. What a great song “On the Crest of the Wave” is. It’s a real plum – one of those songs you just can’t help but join in with! Speaking of songs I found a tune today I had berried in my Wrens play list and rather forgotten about in resent years, “When the Lights Go On Again – All Over the World” a charming little 40s number and it was refreshing to sing it again after all this time.

Tomorrow I’m performing “The Great American Song Book” and then on Friday I have a mixed musical show to do to tie in with Wear it Pink and a Brest Cancer Awearness event. Straight afterward I will be dashing off to Walphamstowe Assembly Hall and the Poppy Royal British Legion Ball. I’ve just been with Judi my dressmaker this evening and I have a beautiful new gown to wear. I don’t often like to wear black when it comes to evening gowns but this one is a little special as it has a split skirt and some wonderful sequin work over one shoulder and down the side. Keep Watching this space and I look forward to sharing with you the photos in my next blog. Speaking of dresses I’ve asked Judi to make me a new 1940s evening gown. Some of you may remember I was able to pick up some 1930s silk when I was at Goodwood which is just divine. I have many original pattens and I spend a great deal of time in chosing my fabrics. There’s nothing more exciting than a new gown especially one which has been a long time in the planning. While I was in Edgeware last week I was able to pick up the lining and a beautiful statin crape which will sit beautifully under the silk. I know when this dress is made up it will look sensational and I’m looking forward to taking it out to France for my show next month.

Next week I start on a run of Halloween shows but I also have a 1920s 30s one too so it will be great to sing “If I had a Talking Picture” again. I really like that song. Must dash as I’m working out at 10am with Elliot my trainer so I want a good night’s sleep.