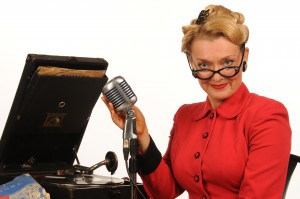 All Set for the Studio!

I have to confess I was looking forward very much to seeing the solar eclips this morning only to find that a cloud came over at the curial moment and I had to satisfy my-self with watching it on TV – how very typical! I remember the last one on the 11th August in 1999 very clearly – I was in St Albans at the time. We all had our special glasses to hand and were busy doing that trick with a piece of paper with a hole in it so it wouldn’t damage our eyes. A few weeks ago I was on the Alan Pagram radio show on L & D radio and being something of a star-gazing expert Alan mentioned the eclipse so it was great to see it today even if I had to make do with the TV. I belive the next one wont be around for another 11 years so we will have to hope we don’t get a cloud in the way come 2026!

Despite the cloud this morning today has been a glorious Spring day and at one point I felt rather over dress out and about in a black coat, hat and gloves. Perhaps navy blue would have been more suitable for to-days weather and I really do hope it lasts. I have some appointments in London on Monday so fingers crossed the weather stays fine. Although I have heard the trains wont be running next week from Leighton Buzzard to London so I don’t know if there is work on our section of the line or if it’s some sort of strike – I will have to investigate further and come up with a plan of action. If any-one knows what the problem might be do let me know!

Today I have been performing the music of the 1950s and 60s and tomorrow I’m booked to go back to the 1940s with my WAAF show for a private party in Chalfont St Giles. I also start on my first Easter Bonnet show next week with the run up to Easter and I have some new songs I’m looking forward very much to singing. I’m adding in a “Tisket a Tasket” to my Easter set along with Small Hotel. I also have in production “Under the Bridges of Paris” which I’ve commissioned to take out to Normandy for D-Day. I’ve been working on my French and I pretty much have it off pat. I can’t decide whether to sing it all in French or to sing once through in French and then the second chorus in English. So food for thought and I don’t have to decide now but I may end-up doing the song in a couple of different ways which helps to keep this fresh.

This Sunday I will be back in the recording studio and I’m looking forward to picking up “Small Hotel”. Richard sent me through his arrangement which is just beautiful. Once again we have gone for a Salon Orchestra line up and it sounds like something out of a Gene Kelly Musical. In fact when I sing it I feel like Gene Kelly is standing right beside me and we are about to break into a wonderful dance routine. This is the point when I change into Cid Charisse – Didn’t she have the most wonderful legs!

That’s about all my news for now only I have a fashion show to fit in next Friday – but more on that next week!