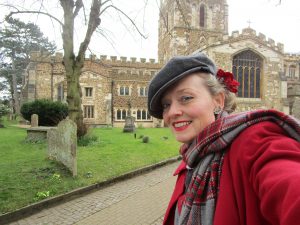 Pausing for Thought in Leighton Buzzard! 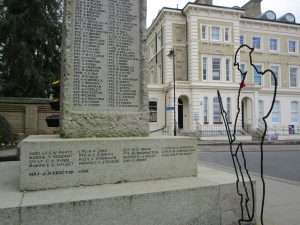 Leighton Buzzard in Lock Down!

It’s been an extraordinary week this week adapting to a new way of life as we all knuckle down and get accustomed to social distancing and a world where we must all pull together if we want to beat Coronaviirus. At first I was in shock and it seemed very strange not to be out working, performing shows every-day. However now we know the score and understand what we must do, it has brought about some positive benefits to my life.

Prior to the lock down I had been extremely stressed which was effecting my diabetic balance. I never stop working and anxiety can often raise sugar levels. Lately my balance hadn’t been quite as good as it should have been with me experiencing highs and lows. My paper work takes me a long time to do due to my dyslexia which often means I  have to work into the early hours of the morning most nights. It’s not that I can’t do it it just takes me longer, which in it’s self can be very stressful when I’d rather be asleep in bed. 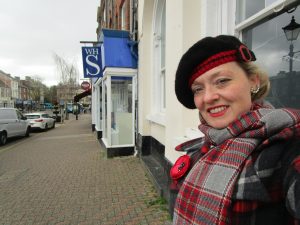 I’m able to get into a better routine. I love to exercise and I’ve been enjoying my exercise hour even more than usual increasing my modest three laps around the park to six and today I managed eight. So often I have to cut my run short as mornings can be the best time to speak to clients when arranging shows. Now my professional life has been put on hold I’m able to go for a proper run every day which has been helping my balance enormously.

I’m keen not to waist this opportunity and it’s easy to fall into the trap of comfort eating when at home. I should like to loose a little weight and 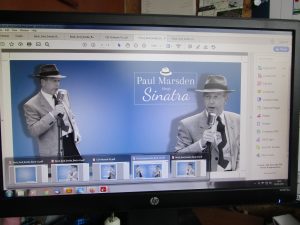 already I’ve been able to lower my insulin which is a good start but it is not easy balancing everything. I inject 5 times a day and last week I was having trouble with my blood testing machine. Fortunately I was one of the last patience to be seen at  Milton Keynes hospital before the hospital cancelled all it’s face to face appointments. I had a 11am telephone appointment with the doctor on Tuesday this week but the Doctor never called. When I rang the hospital to find out why there was no reply from the department which probably means all the staff have been re located to deal with 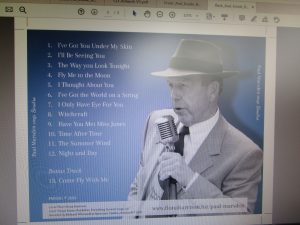 It’s important to stay busy and to have a positive out-look. Now I’m at home I’m able to tackle all sorts of jobs I’ve been putting off for years. In particular my bedroom and the tidy tip office come dressing room. Perhaps less said about those rooms the better but I do have many things to sort out which in the normal scheme of things usually get left.

The other day I set to work on my underwear and sock draw, which turned up eight odd socks, none of which matched with anything. How is that even possible? I also blitzed my dressing table which 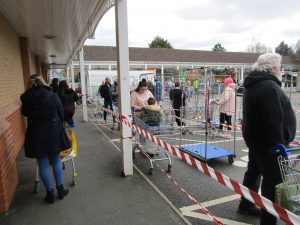 resembles a war zone at the best of times but it is good to be taking on these sorts of jobs and I am making progress even though I hate to through anything away.

Before the world was hit with Coronavirus it had been my intention to make a new 1970s and beyond show-reel. We still don’t know how long the world will be locked down, although it wouldn’t surprise me if it’s for at least six months. With every day we seem to lose another months worth of bookings but I feel it’s important to stay creative. I have such admiration for my fellow artists who are able to broadcast themselves live on social media. This is something I too 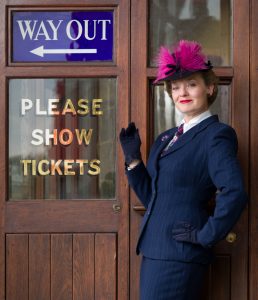 One of the Photos for Choo Choo Ch’Boogie!

would like to do and this week I had a go at filming myself on my iphone for the first time and posting it up on Facebook. Some of you may have seen my post and it’s still early days. I seem to have a problem with space and when I tried again my phone kept cutting out. After  rebooting I posted another video today but it doesn’t look like I have enough space to film a complete song which is a shame. Something to work on!

I’ve also been working very closely with Karen Hardicker my web-designer and her husband Peter on producing some new flicker videos for You-Tube. If you caught my last blog you will know we’ve been working together on Paul’s cover design for his debut album “Paul Marsden Sings Sinatra”. Paul will be releasing his album on the 1st June which is all very exciting. We’ve also created a You-Tube channel for him and four promotional flicker videos, “Fly me to the Moon”, “Have you met Miss Jones”, 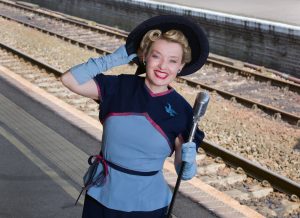 “I Only Have Eyes for You” and “Summer Wind”.

This week we have been promoting the song Summer wind which you can see by clicking the link below.

I too have been working on a new flicker film with Karen, “Choo Choo Ch Boogie”. I’ve chosen to use the Angela Adams photos we shot at The East Anglian Railway Museum last September. Sadly the 1940s event this year has been rescheduled to the 3rd and 4th July 2021 so Paul and I look forward to entertaining our Colchester fans then.

That’s all my news for now and I shall leave you with a few of my photos. Stay Well, Keep Safe and thank-you for Following! 😉