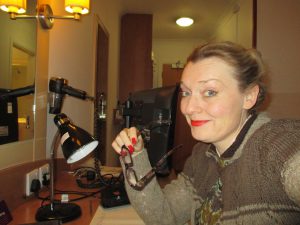 Hard at Work at My Accounts!

Hello every-one I’m sorry I’ve been a little delayed in writing my blog this week but since returning home from my accounts weekend I’ve had so much to catch up with. I still have a pile of contracts to send out and BT has been ever-so flaky of late. I’ve had brakes with my internet connection resulting in my e-mails sitting for days in the outbox waiting for the internet e-mail door to open. Even now it’s a bit hit and miss and I often have to write my e-mails twice which has been adding to my already very busy work load. Every time I write an e-mail I have to hold my breath and pray the e-mail door is open so it will fly through when I press send! 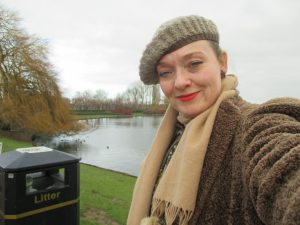 Out and About at Willen!

If you caught my last posts you will know I’ve been working away this weekend finishing my accounts. Doing accounts has got to be the most boring job in the world so I can’t tell you how important it is for me to get away. This year I checked into the Premier Inn at Willen Lake in Milton Keynes. I choose it because it’s quite and a great place to run first thing in the mornings. I had a lovely room with a balcony which over looked the lake although I could have done with more light. Fortunately they don’t call me Mary Poppins for nothing and I always carry a desk lamp which is part of my general kit. It came in very useful this 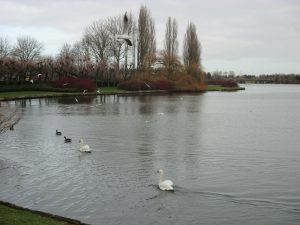 weekend and I’m now all ship shape and up to date. Once again I can breath a sigh of relief for another year!

On Tuesday I honored the passing of John Allen Copas a lovely man who I had had the pleasure of working with on a number of different shows back in the day when I belonged to Tring Festival, Phoenix Theater Company and Vale Gilbert and Sullivan Society. I will always remember John for his cheeky wicked sense of humor especially when he had the cameo role of the violinist in Gigi.  Gigi was one of my first leading roles and quite how any of us kept a straight face as he walked in and murdered that poor violin I will never know! Happy times I will never forget that moment and it still makes me laugh even today.

John’s service took place at Chilterns Crematorium in Amersham. He was a very popular guy and the sort of chap you just had to have at your party if you wanted it to go with a swim. Perhaps not surprisingly it was standing room only at the Hampden Chapel and I’m so pleased I went to remember him. John’s friend Veronica read a lovely poem she had written about him and his DIY while his daughters Victoria and Kate read the poem “He is Gone” which was very moving. John’s exit music was The Dads Army theme tune “Who do You Think you are Kidding Mr Hitler” which was very appropriate and a lovely way to end the service.

John played Frazer in “Dads Army” when the production was staged at Pendly Theater some years ago. I’m pleased to say I saw that production and my other dear friend Peter Cherry who played Captain Mannering. I worked opposite Peter in the musical “Annie” when he played Daddy Walbucks and I his secretary Grace Farrell. Sadly both gentlemen are no longer with us but they will both be greatly missed and I feel very proud that I knew and I had worked with them both! 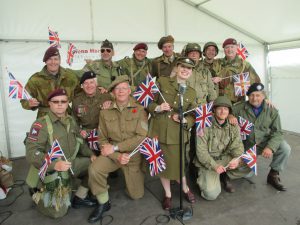 On Stage with the Tiller Boys in Normandy!!

This month I have been working hard to sell dates and I’m thrilled to announce I will be back out in Normandy for the D-Day Commemorations from the 1st – 10th June. I will have more news on that closer to the day but I’m pleased I now have proper foreign translations for both my French and Italian pages on my web-site. So if you are French or Italian do please take a look.

I shall also be in Wales for Milfest in May and at the Milton Keynes Museum’s Victorian event for the end of June.  Newark Air Museum’s 1940s Event in August, Hughingden Manor in September and at Pickering’s 1940s event  in October. More news on all these events and more will follow soon so do keep watching my pages for the latest.

This weekend Paul and I will be in Warwickshire at Stoneleigh Militia fair and then next week I’m attending the Dafne Course at Milton Keynes hospital. It’s a week long intensive course for Diabetics which will be a good refresher for me. I’ve had Diabetes for 36 years and this course will bring me up to date with all the dos and don’ts and latest diabetic gadgets. They will also be teaching us about carb counting  so I have much to learn as I’ve never been able to master the carb thing due to the fact I’m rubbish with numbers.

In the meantime It’s Burns Night tomorrow so Happy Burns night to all my Scottish Followers and Toodle Pip and Bye for Now!