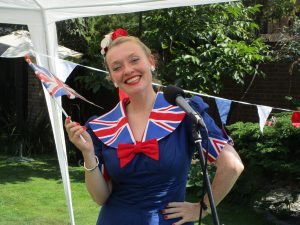 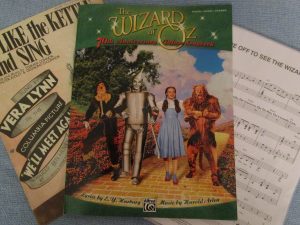 Working on the Wizard of Oz!

This week I’ve been busy out and about performing Driveway Concerts and yesterday I had the privilege of being back in the recording studio for the first time in ages. Perhaps not surprisingly all the musical arrangements I had planned for this year had to be put on hold due to the pandemic. So yesterday was a real treat to catch up with Richard after so long and get back into the swing of things with the “The Wizard of Oz”.

I think having a rest from the normal and working differently has really been good for me. When I last saw Richard before lockdown I couldn’t quite get my head around the arrangement but now I’ve had time to think, the fog has lifted and I know exactly how I want Richard to put the medley together. A great deal of thought goes into my tracks and I pride myself on my musical arrangements. I’m very lucky to have someone of Richard’s calibre working with me, and over the years we have covered it all from Pacini to Rock and Roll.

It’s not easy trying to sing and breathe with a mask on, but when I’m at the recording studio it’s more about how music is going to go together rather than producing a wonderful sound. 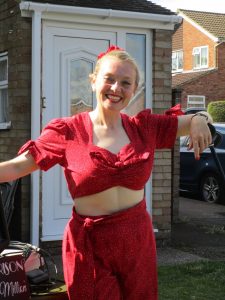 On Stage at Willowbank Walk!

I can’t think of anything more exiting than a new musical arrangement. With the advances in technology, music just gets better and better – especially when you are working with talented people. Last year I commissioned Richard to produce the track “Feed the Birds” from the musical Mary Poppins. It’s phenomenal, and impossible to tell apart from the original.

This Wizard of Oz medley will tick a lot of boxes for me and if everything goes to plan I hope to have it ready to sing on the 15th & 16th August, when Paul and I play at Stonehurst Farm in Mountsorrel for their 1940s Weekend. I think Stonehurst Farm will be the first open 1940s event of the year, since the pandemic. Although numbers will be greatly reduced and everyone will have to abide by the social distancing rules, Paul and I are looking forward to the event very much. We are keeping our fingers crossed for good weather, and this year Poppy will be joining us on the farm too. 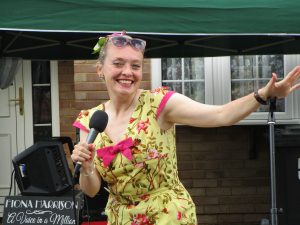 I’m not sure how much of a showbiz dog she is but Poppy is certainly cute enough to play the role of Toto. We hope she enjoys the change of scenery and being with us on the farm. Who knows, she may even become part of the act! What is it they say “never work with children and animals”!?

Last Friday I performed the first of my Prom Concerts in Bedford (which went extremely well), followed by two Driveway Concerts in Leighton Buzzard at Willowbank Walk and Almond Road. Last weekend we were really fortunate with the weather and this weekend is looking good too. I don’t formally start the Proms season until the 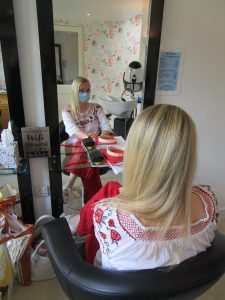 Getting My Hair Colour Back on Track with Kim!

end of August / early September but it’s good to have the opportunity to sing these songs now in time for the last night.

This Saturday I shall be performing at The Parish Clerks House in the Oxfordshire village of Cottisford, and on Sunday I will be at 7 Castle Close in Pitstone as I continue with my Driveway Concerts. I hope to be back in the recording studio next Wednesday to pick up The Wizard of Oz which I’m looking forward to performing very much. In the meantime I shall leave you with a shot of me in the hairdressers, as Kim works on getting my hair colour back on track for Summer, and I crack on with my show plans for Stonehurst Farm.