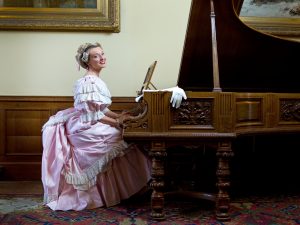 Seated at the Piano, Shuttleworth House

I don’t mind admitting I’ve had something of a difficult week this week. Last Sunday the pipes burst under my mothers bath room which resulted in flooding part of the house, our telephoned dyed requiring a quick replacement and we have also had workmen laying new gas pipes contributing to all sorts of banging and disruption out-side on the estate. None of these inconveniences on there own are insurmountable but when you put them all together it’s made life extremely stressful having to be very British about the whole thing and carrying on as if nothing has happened trying to deal with business as usual. 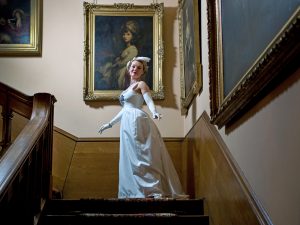 In between shows, office work, on and off heating and all the banging I managed to get my electrical equipment PATS tested on Monday in time for the start of the season, and in truth I can’t wait to get away. This Monday I head off down to Hurstpierpoint in West Sussex to begin my South cost tour. I’m opening with “The Magic of the Musicals” at Danny House which was once home to Lloyd George back in the day before I make my way along the coast line to Brighton, Chichester, Emsworth and Hayling Island. 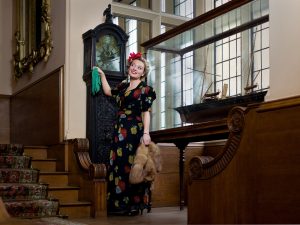 Jewish people from Haman, an Achaemenid Persian Empire official who was planning to kill all the Jews, as recounted in the Book of Esther, dated to around the 5th century.

Bringing things a little more up to date I’ve been engaged to perform in Brighton popular songs from “The Great American Song Book” to celebrate this holiday. I’ve been requested to sing Bei Mir Bist du Schon and other popular Jewish songs from the 1930s, 40s & 50s and perhaps not surprisingly this is a show I’m looking forward to performing very much. I love this period in music. 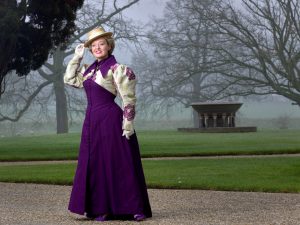 Enjoying the Gardens in Fashions of the 1890s

You can’t really go wrong with Gershwin, Rodgers and Hammerstein, Cole Porter, Irving Berlin, Johnny Mercer, after all need I say any more!

I think the change of air will do me good as I’ve spent far too much time in the office working to the early hours most nights just trying to get everything done before going away. Even now I’m struggling with my e-mails. My screen has gone blank which is concerning me so I hope it’s just a BT thing and all will return to normal come tomorrow.

I get back late after my show on Friday and then 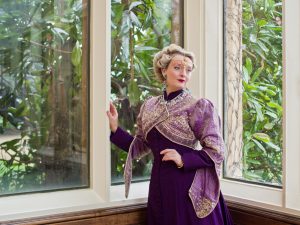 Paul and I are straight off up to Edinburgh the week after, but more on that later. That’s all my news for now other than I’ve had a couple of my photos up dated on my shows page so do click across to my shows page and take a look. I’ve been so focused on other things this week I haven’t had time to take any out and about photos so I shall leave you with a few of my library costume shots taken at Shuttleworth House. I’m thrilled to announce I  shall be returning to perform at Shuttleworth in the Autumn for the Vintage Air Show on the 6th September.

Enjoy the photos, Toodle Pip and Thank-you for Following!

Once you hit March it’s important your season is in place and now I’m done.