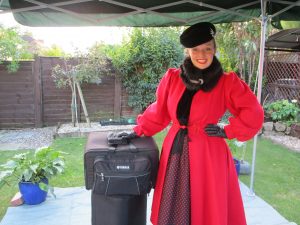 Getting Set Up for my Show in Lavendon! 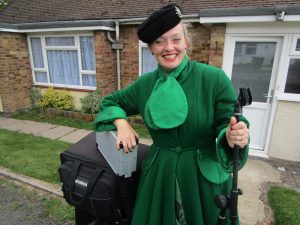 I’m much later than normal this week with my blog as I’ve been busy trying to find a way forward in the current climate. The Autumn and Christmas season is looking bleak as more of my schedule shows fall away. It’s important to keep working and really the only way that can be done is to go into performing virtual shows. Sadly not every-one knows how to zoom and when it comes to the care home market most don’t have the equipment to make virtual zoom shows workable. When you add alzheimer’s and dementia into the mix many residence can find the whole experience too confusing.

I’ve given this a great deal of thought and the one technology every-one can use is a DVD player. All care homes have one, however to produce a DVD product of good enough quality to sell  would require proper investment. The DVD would need to be filmed using a minimum of two or three cameras and ideally I would need to employ a sound recordist too. To make a virtual show interactive the spoken word between songs is key and it’s important that it’s recorded clearly with-out distortion which can often occur if you rely solely on the camera’s microphone alone. 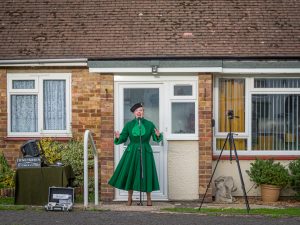 Singing and In Full Swing in Tring!

Speaking to friends who have been trying to do their shows by zoom, it’s often the sound quality which lets them down. This has given me much to think on and I only hope it might be something I can develope. The average persons attention span is nine seconds so for a film dedicated to the care home market to work it would require a considerable amount of editing and possibly subtitles.

Last weekend was the last of my Summer Driveway Concert season and now I’m starting to get requests for Halloween and Christmas. Last weekend was also my birthday and we were so 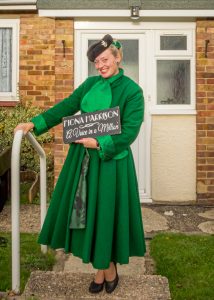 Dressed for the Autumn Weather!

lucky with the weather as I performed my Saturday show in the village of Lavendon which is just out-side of Olney and Sundays show in Tring. We had a good turn-out for both and oddly enough it was the first time I had had the pleasure of playing in both locations. I’m keeping my fingers crossed that the weather will hold for this week. I have a couple of out-door shows to do still but after that it’s looking a bit hit and miss and I expect many wont go ahead.