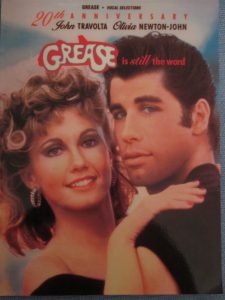 Once again I’ve fallen a little behind with my blog this week only because I’ve been busy planning the year. I’ve been talking to a lot of different people these last few weeks and I’ve had all sorts of meetings from note bashing rehearsals with pianists to interviews with journalists and a guest appearance on a radio show.  So you could say it’s been pretty non stop. I’ve also had a lot of contracts to send out along with performing my usual weekly run of shows. I’m pleased to report the year is starting to take shape beautifully and I have some wonderful new customers this year, who I’m looking forward to performing for very much.

2018 is going to be a real mixed bag of different musical periods from Victorian Music Hall to the Swinging 60s and 70s and everything in-between so I’m keen to invest in some new musical arrangements this year. In fact I’m due to see Richard my musical arranger later in March and because of Richard’s work load I’ve also had to track down another musical arranger. 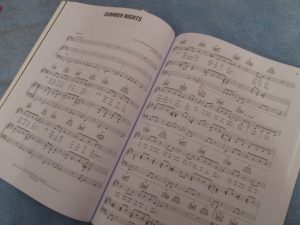 Hard though it may seem to believe  but the nations favorite musical is now “Grease” shock horror, and for a long time I’ve been wanting to perform a medley from this show as I work to expand my 1970s repertoire. The time is now right for me to invest in this medley. There’s certainly no shortage of people who do arrangements but tracking down the right person hasn’t been easy  and then through a chance meeting I was put in contact with Mike Moran. If you know your music and musical arrangers Mike did all of Freddie Mercury’s and Andrew Lloyd Webber’s arrangements not to mention co wrote “Rock Bottom” which was the UK’s 1977 Eurovision song entry. Here’s what I found out about the song on Wikipedia

“Rock Bottom” was the British entry in the Eurovision Song Contest 1977, performed in English by Lynsey de Paul and Mike Moran. It was also written and produced by de Paul and Moran and released on the Polydor record label. Originally it was written for the group Blue Mink;[1] and submitted unbeknown to de Paul and Moran as an entry for “A Song For Europe” by the publishers and when it was selected, de Paul agreed to perform the song if Moran would join her.[2] On 9 March 1977, “Rock Bottom” was selected to represent the UK at the “A Song for Europe 1977” event held at the New London Theatre, presented by Terry Wogan.

The jaunty sing-a-long song says that when people are in a bad situation they should work to solve problems and not be pessimistic about tragedies. Apparently it represented the situation at the time; Eurovision 1977 was almost cancelled due to budget restrictions and it was delayed by five weeks due to a strike by cameramen and technicians.[3] The BBC, who had to host the contest that year, did not give the song its whole-hearted support because it was the favourite to win the contest and, if it had won, then they would have to finance and host the 1978 contest.[4]

It just goes to show how little the world changes and how corrupted the music industry can be when money is  involved. This might go someway to explain why our recent entries have been on the ropy side in latter years as the UK doesn’t want the expense of hosting the next event should the UK song win. Anyway I’m looking forward to meeting Mike next week and I’m keeping my fingers crossed he will take on my commission.

Tomorrow I’m in Gloucestershire and then in Northampton on the 1st so much to do. Oh I almost forgot – I have two new videos out J’Attendrai and April and You which was inspired by a Jo Stafford recording she made in the 1950s with Liberace. You can see both my new films by clicking the round You Tube icon at the top of this page,

That’s all my news for tonight. Keep Watching and Toodle Pip! 😉