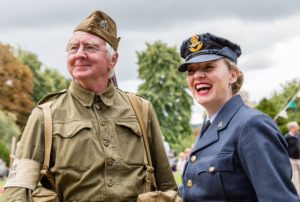 Photo of Jones & Me by George Parish! 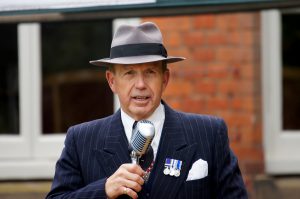 Paul on Sage Doing His Thing!

Since returning home to Harrison HQ from Hughenden my diary is a busy as ever and once again I’m fully booked as I get set to head over to Norwich this weekend. Last week was “Battle of Britain” week and I managed to cram in 11 shows in 7 days. This week I only have 8 shows to do in 6 days so not quite so busy but quite enough to consider myself fully booked.

If you follow my facebook pages you will know that on Friday for “Battle of Britain” day I was in Peterborough and then I had a delightful party to attend in the Oxfordshire village of Cottisford. Straight afterwards I was over to Hughenden Manor and I arrived on the estate about midnight ready to sing first thing in the morning for Hughenden’s  1940s weekend.

I had really been looking forward to this event as I had been employed not just to sing but to host and to run the dance workshops for the visitors. My brief was to choreograph some workshops which would fit within the terrace space. For any one who knows Hughenden the terrace isn’t large 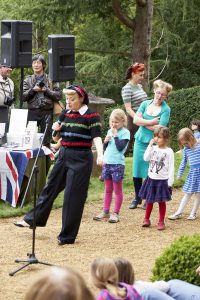 A Workshop for All – Photo by Robert Etsell

and it’s all gravel but by using a bit of imagination I was able to come up with some dances routines based on popular dances of the time which worked the space.

Although I choreographed my routines I wasn’t sure if any one would attend and also the age of the visitors who might wish to take part. As it turned out we had lots of children and Mums and Dads which joined in together and come the second day I worked in my “Yes We Have no Bananas” act which I do in schools. It’s a good way of getting children focused  as it uses their arms and then we can move onto legs. I don’t think we would have won any prizes for coordination but every-one seemed to have a good time and come the end you can’t really go wrong with the Hokey Cokey which children especially love. As for the adults they enjoyed it too as I taught variations on the Lambeth Walk and Palais Glide. 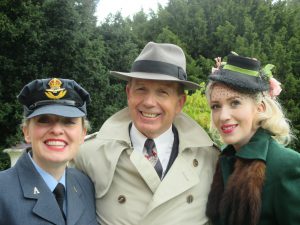 Marina Mae, Paul and I Between Shows!

who delighted every-one with traditional 1940s favorites from Frank Sinatra to Vera Lynn. Hughenden had also engaged three girl harmony group the Polka Dots whos act I enjoyed immensely. The Polka Dots are renowned for their slick dance routines which are very entertaining to watch and I enjoyed listening to their arrangements which are very similar in style to The Puppini Sisters. I particularly enjoyed their performance of “Accentuate the Positive” and “Boogie Woogie Bugle Boy”. 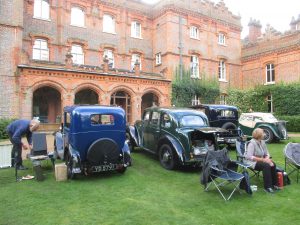 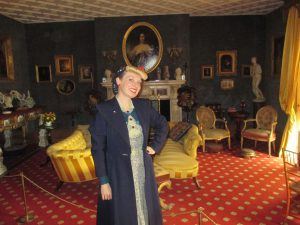 and as you might expect there is much to see in the house. After Disraeli’s death it was passed on to his nephew and then sold off and eventually donated to the National Trust in 1947. The trust knew when they took it over that its last occupants had been the Air Ministry in the Second World War. But what it had been used for stayed a mystery until 60 years later when researchers who were starting to prepare for celebrations to mark the anniversary of VE Day found out that Hughenden had been a secret intelligence base code-named ‘Hillside’.

There were no current maps of Germany at the start of the war – the county had stopped making them in 1930 – making planning military operations incredibly difficult. So planes were sent to fly over Germany to take aerial photographs which were made into maps at Hillside. Over 100 cartographers, surveyors and designers were recruited from across the country and brought to Hughenden. It had been chosen because it was close to Bomber Command but hidden away in the woodland. All the staff were sworn to secrecy and there were no military guards or signs, so nobody knew what was going on 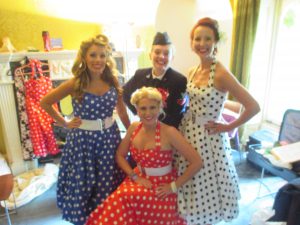 Backstage with the Polka Dots! 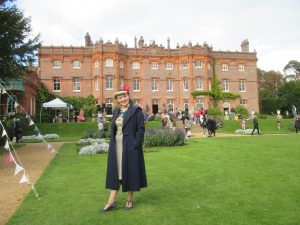 Between Shows at Hughenden!

there. Hillside was one of the Nazi’s top targets for a while but escaped unharmed as they never managed to locate it.

So knowing a little more about the history of Hughenden makes staging a 1940s event on the estate very relevant. What I was very impressed with was the high production values of the event and the quality of the re-enactors and the demonstrations which were given. Both Paul and I enjoyed ourselves very much and we look forward to returning next year. Figures on numbers attending have grown since last year and I expect they will have even more visitors next year as the event grows.

In the mean time I hope you enjoy the photos enclosed in this blog as many were sent to be by visitors and keen photographers alike.