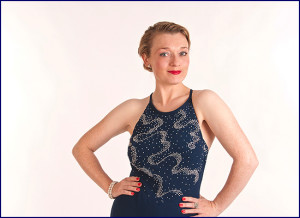 Today has been an extraordinary day of all sorts and the unexpected. It started off ordinarily enough with me seeing my pianist friend Ross. I needed to go through some French songs and fortunately I was able to make a few dessions upon which ones I’m putting into production and having backing tracks made. Then I had to pick up my accounts from the accountant, the hair dressers and an appointment with Judi my dress-maker. So you could say it’s been a busy day. However nothing prepared me for what happen in between times at 2.30pm.

I’d just popped home quickly for a bite to eat and my mother and I were sitting in the sitting room discussing India and the Raj when we heard a noise. At first we thought it was my brother walking through into the kitchen only to find it was a burglar in a balaclava! When challenged he tried to make out he was a police officer investigating a burglary (I don’t think so!) and while my mother and I blocked his exit he was then joined by another three men in ski masks who had forced open our dinning room window and climbed in. By this point he was telling my mother and I to “shut up and sit down and no one will get hurt”. Which we refused to do and we told the men to leave. While this was going on I noticed one had slipped up stairs and I followed him into by bedroom but fortunately I was able to stop him before he had had the chance to go through my draws. What a cheek! I then told him to go down stairs and once again asked the gang to leave only this time I said they could leave the same way they came in through the window as I felt them too cowardly to use the door, which they did!

The police helicopter was on it right away even before I had put the phone down so it just goes to show you can’t be too careful. To be honest I’m really annoyed that these men dared to enter our home and it was just as well I was with my mother and able to stop them!

An English Womans Home is her Castle!