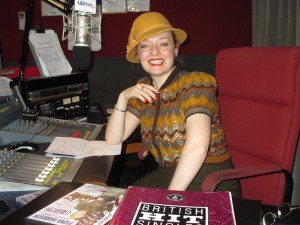 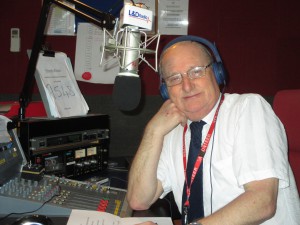 Hello every-one I’m back in the office tonight catching up on my blog after a weekend of contracts and paperwork. However on Friday night I was on air  at L and D radio as special guest on the Alan Pagram radio show. I first met Alan back in 2011 when I was performing at the Isle of Wight’s Steam Railway’s Victorian Event. L and D radio is broadcast from Luton so it’s not far from me in Leighton Buzzard and I’ve now become something of a regular feature. I think this might be my 3rd or 4th time on Alan’s show and I’m looking forward very much to a great 2015 season. It was lovely to see you again Alan and here’s to when we do our live interview on location at Shuttleworth in July! This year I will be singing at Shuttleworth’s Military Pageant on 5th July songs from WW1 – WW2 so I’m looking forward to that very much.

2015 is starting to get busy with all sorts of events in the planning. This year sees three major battlefield anniversaries. the centenary of the second battle of Ypres, the bicentenary of Waterloo and the 600th anniversary of  Agincourt. Not to mention the 75th anniversary of the Dunkirk evacuation. The mood is changing and so much of the excitement has gone from 1940s events. By 2016 many wont be running and this year will be make or break. I enjoy singing from lots of different periods rather than just the 1940s and my tip for the future is the 1920s. I’ve seen interests grow in TV shows such as Downton Abbey, Peaky Blinders and now Mr Selfridge fueling the trend. Gatsby parties are becoming very popular. My diary is filling up nicely and in July I’m going to be in Bexhill for the Roaring 20s event and in Llandrindod Wells in August for their festival covering both Victorian and 1940s. I’m also going back to the 1950s and 60s in Gloster in May so I guess if you want to survive in business it’s important to be versatile!

Despite working on contracts this weekend I’ve been catching up with my Pintest boards. For those of you who don’t know Pintrest is a social media site for people who like images. It’s a social media pin board where you can post up and share your favourite photos. Unlike facebook the photos people use are professional ones and it’s used greatly by artists and designers  It’s a wonderful place to find old photographs and vintage fashion and I use it all the time for reference. I’ve just added two new boards Beautiful Boots and Shoes and Stockings and Corsets not to mention My Favourite things which is a real collectic mix of things I love from Country Cottages to Kittens to Fashion. If you haven’t seen Pintrest before click onto my Follow Fiona tab on the right hand side of this screen and click onto the P which should take you through to my boards.

Well Must dash, thank-you for following and Toodle Pip