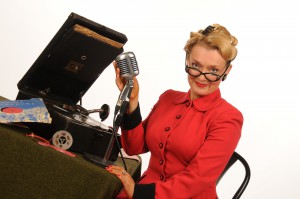 Getting Set For Alan’s Radio Show!

Once again I’m in a bit of a dash but I just wanted to do a quick blog to let you all know I will be going out on L and D Radio tomorrow evening as a gust on Alan Pagram’s radio show. I’m heading over to the studio for 2.30pm for a bit of a chat with Alan first and then I think Alan’s program goes out from 4pm onwards if I remember rightly. We have so much to talk about and I have some new 1950s & 60s tracks I hope Alan will play on his show.

If you’ve been following me you will know I’d spent the end of January filming songs from the 1950s and 60s. David Pustansky my film maker sent through the first showreel draft last night and I now have my work cut-out sorting out the edits. I’m very pleased with what David has done so far although I’ve now got to be really ruthless. The show reel needs to come down to about 3 to 4 minutes and at the moment it’s over 5! Editing can be a really hard job! 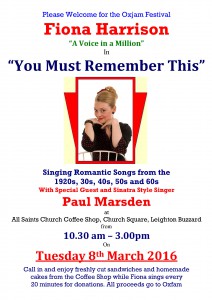 This week I had a meeting with Rachel my web-designer and she has been helping me to sort out some of those annoying little plug-in issues you get with a modern-day web-site. I’m keeping my fingers crossed that when I post this blog tonight and it clicks through to facebook you will see the picture I choose rather than a random one. These things sometimes have a mind of their own. I’ve also noticed some of the up dates we planned haven’t quite come through as they should have done on my Media page although my magazine Vintage Fair is now sitting where it ought to sit when you look at it on a mobile device.  We also had another look at the spelling in my magazine as we all know that’s not my strong point. So thankyou to Robert and Sylvia for being such excellent prov readers – it’s always good ro receive your comments and I’m always looking at how I can improve! Speaking of which I thought it was about time to change a few of the photos on my 1940s page which I think has freshened it up a little. So I hope you enjoy the changes.

If you didn’t catch my post on Facebook I will be singing for Oxjam again on the 8th March at All Saints Church in Leighton Buzzard. I shall leave you with a poster and I will try to blog again on Sunday night. If I don’t manage to squeeze another blog in before Sunday I will catch up with you on Friday. I’m away next week down on the South coast and I will catch up with you all when I get back.