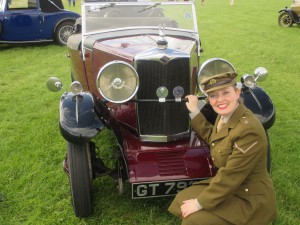 Out and About at Flywheel! 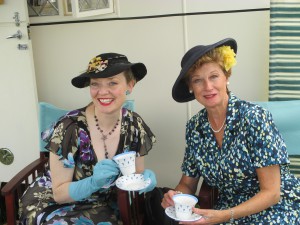 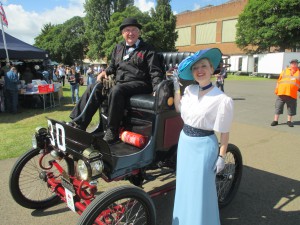 Early Transport from 1900 as I get set to sing! 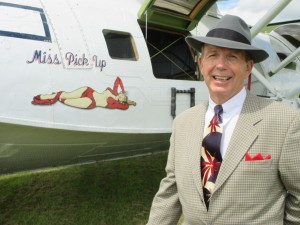 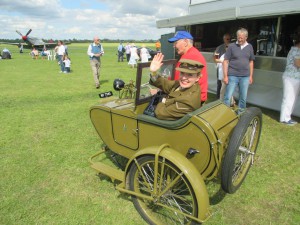 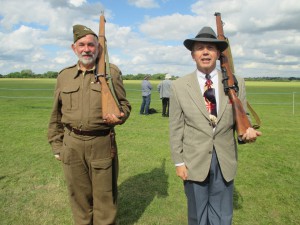 Well what a busy weekend it’s been! On Sunday evening I returned home after performing all weekend at Bicester Heritage for the Flywheel event and what a great weekend we all had too. Although we had a few spots of rain on the Saturday you couldn’t have hoped for a finer day come Sunday and everything went perfectly to plan. It’s a privilege to be involved in Flywheel as it’s one of the few festivals designed to celebrate historic motoring, aviation and military endeavour. When Historic Promotions put on an event they do things really well with the added bonus of having the old RAF Bicester site as a base. The site was built-in 1923 as the principal arm of Sir Hugh Trenchard’s expansion of the RAF and is now the best preserved bomber airfields in the country based on the philosophy of offensive deterrence.

I partially enjoy doing this show as I’m engaged to perform a variety of different musical periods from WW1 to the 1940s which I sing in appropriate costume. It makes a change to do a verity rather than just sing the 1940s and on this occasion I was able to mix in a little opera into my WW1 set. Last year Flywheel attracted over 5000 visitors although I’m sure we must have had double that on the Sunday alone which is quite remarkable when you think this is only Flywheels second year.

Of course the 2nd & 3rd July was also a very important weekend as we commemorated the centenary of the Battle of the Somme. On Saturday night Paul and I dashed over to Longhope Royal British Legion in Glos for a special commemoration performance. I had  been engaged to perform my WW1 show “Pack up Your Troubles”. This show has proved to be very popular and is one of the reasons I’m engaged to perform at Flywheel.

This year Sir Stirling Moss lead the track parade and signed autographs. We also saw the Battle of Britain Memorial Flight Spitfire fly past, the Tiger 9 Aeronautical display team, the P-51D Mustang and my favourite of all the Great War Display Team. Paul and I also took up the opportunity to enjoy everything the show had to offer, from cream teas, looking for vintage bargains at the Trade Fair where I was able to pick up a couple of 1920s style hats and my favourite of all a ride in a 1909 side car as I visited the Oxfordshire Home Guard – such fun!

On Monday I was straight back to work with a 4th July “Stars and Stripes” show and I have another one to do this Friday before heading off to Kent and the “Battles for Victory” Show which will be taking place at Ellington Park in Ramsgate. I also have a couple of other shows to do this week not to mention lots of paper work to catch up on so I shall leave it here tonight. I will catch up with you all again on Thursday when I shall tell you more about The Battles for Victory show. 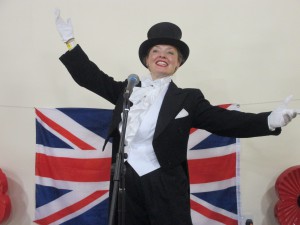 On Stage as Burlington Bertie at Longhope RBL!