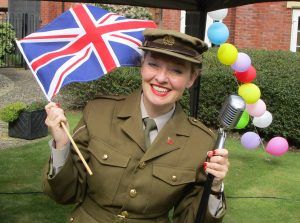 It’s great to be out and about performing live again now that the restrictions are starting to lift. This week I’ve had something of a mixed bag performing a variety of different shows from my new Driveway Concert to “The Magic of the Musicals”, the 40s and 50s with “Mr Sandman” and “Don’t Sit Under the Apple Tree”. My most popular show by far this week has been “We’ll Meet Again” with the run up to D-Day and the 6th June.

This week I’ve also had a number of new customers who’s shows have taken me to Banbury, Northampton, Kettering, Stokenchurch 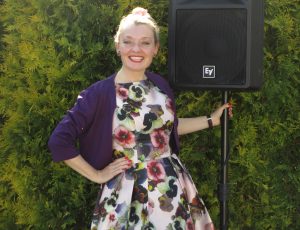 and Aylesbury. I love to travel and it’s great to find new clients. As the weather improves it’s the season for summer garden parties and I have a full diary.

I never stop working and I’m constantly producing new shows and researching music. I have a  pile of songs I need to learn by the end of the month  and next week I’m into “Happy and Glorious” Proms shows with the Queens Birthday and Trooping the Colour on the 12th. 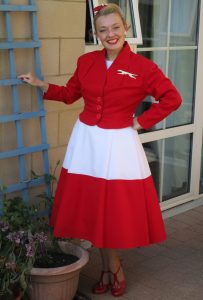 Magic of The Musicals in Stokenchurch!

around the world show I’m working on for early July. There is never enough time in the day as I’m trying to squeeze in rehearsal time between shows, not to mention all the office work I need to fit in as well.

With me performing such a varied selection of shows at the moment I’ve been streaming more of my performances so many more of you can enjoy them on line. Sadly my last two performances didn’t have any wifi I was able to plug into but I hope my next two performances will have wifi access. I find streaming extremely useful and it’s helped me no end especially as I’m introducing a lot of new numbers. It’s good to hear play back and to see how I do.

Usually at this time of year I’m in Normandy with the run up to the D-Day Commemorations. It seems strange not to be performing in France this year but Paul and I are booked for 2021 and we are looking forward to getting back to normal. I have a number of 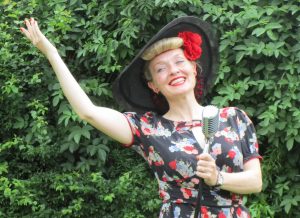 Don’t Sit Under the Apple Tree in Aylesbury!

photographic and filming projects I want to start work on soon and a list of potential venues I need to check out first.

I shall leave you with a few photos from this weeks shows. Keep Following Toodle Pip and Bye for Now!