Today I have been out and about performing in High Wycombe the wonderful songs from the 1920s and 30s. What a wonderful period in music the Art Deco years were! Tomorrow I have another private party to do and this time I have been booked to do the 1950s and 60s plus another show on Saturday so it’s all go. Tonight I’m just trying to sort out my show plans for the weekend and plan ahead into September. I have to be very organised – I’m in Belgium the beginning of the month and then a run of shows with the Battle of Britain as soon as I get back so it’s a very busy time. I’ve never been so busy and I’ve enjoyed a record August with the WW1 centenary. I’ve really enjoyed singing the music of Music Hall which has made a refreshing change from the 40s.

On Monday I’m back in the recording studio picking up a new track, something I’ve been working on for a while now. I’ve been looking into the popular films of the 1940s and I wanted to give a 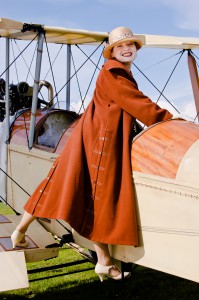 familiar song a new twist – adding that special Fiona touch. More on that later – in the mean time I must get on with my show plans.

That’s all my news for tonight – Keep Watching and Toodle Pip!