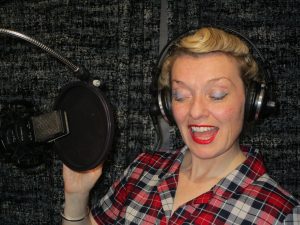 In the Recording Studio!

I confess I’m rushing against the clock again this week to try and get everything done before Friday when Paul and I fly out to Milan to perform for Graffignana’s Vintage Festival. I can’t wait but I have so much to do first including show plans and packing. This last week has been full on and I hardly know where to begin. I was in the studio a week Saturday recording some Gigi vocals and voice overs for the “My Fair Lady” video before heading into Fulham. 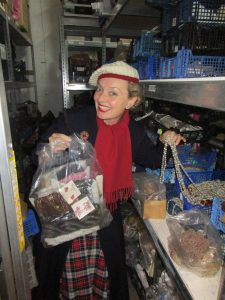 Shopping at Accessories of Old Vintage!

SW6. They sell dead old new stock which is shipped in from South Africa and on this occasion they had loads of vintage sequin trimmings which I was keen to buy not to mention buttons and costume jewellery from the 1940s, 50s and 60s.

For £25 you are given a bag which you are left free to fill and needless to say I was able to fill mine with all sorts of vintage and sequin treasures which I shall be using on my costumes at some time in the future. It wont come as any surprise to those of you who know me, but I live my life through design and colour. Often when I design an out-fit sometimes it can be a trimming or a piece of jewellery which inspires me first, and then the design quickly follows. I came away from Fulham with so many wonderful things which I can’t wait to use and already my head is buzzing with designs.

The following day I was at Bletchley Park. I had a meeting with the events team and I’m thrilled to announce I’ve been 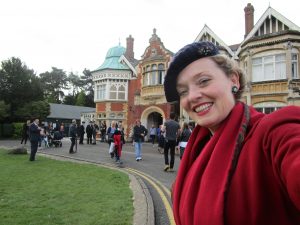 Out and About at Bletchely Park!

engaged to perform as part of Bletchley’s 2020 concert season. I also took the opportunity to have a good look around the sight and to do a bit of vintage shopping while meeting up with friends and enjoying the 1940s atmosphere.

Keeping ones vintage wardrobe fresh and new is a job in it’s self . On this occasion I was able to pick up a stunning shocking pink wool suit which I shall be wearing next year when Paul and I return to perform in Normandy!

This week I’ve been on tour singing in West Sussex. I began my tour  just north of Brighton 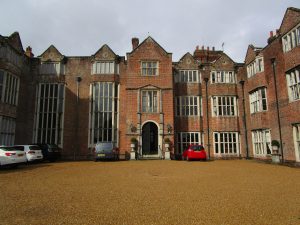 in the village of Hurstpierpoint. I’d been booked to perform at Danny House which was once home to Lloyd George and is now a rural retreat. Every Monday evening they stage a concert and although most are classical recitals I was thrilled when Danny House invited me to stay and perform my one woman show “My Fair Lady”.

The Great Hall lends it’self perfectly for recitals, it has wonderful acoustics and made the ideal location for my show too. I couldn’t have wished for a better setting. When it comes to musicals it’s hard to find any-one who doesn’t know 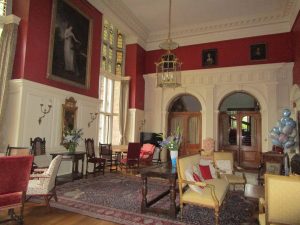 Inside The Great Hall!

or like “My Fair Lady”. So I’m pleased to say my performance went down really well with the Danny audience.  I would like to thank Richard Burrows for his kind and generous hospitality and I’m looking forward very much to returning to Danny House in the Spring.

My next couple of shows were in and around Chichester and to-day I was performing in Harrow. I have tried to leave this week as clear as possible although I have another performance on Thursday and then it’s straight into my Italian shows. On Saturday evening Paul and I will be performing in Lordi Vecchio. Then on Sunday I’ve 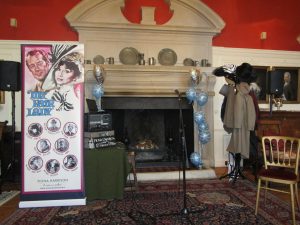 The Stage is Set!

been invited to sing in Latin Ave Maria for Mass followed by my Swinging 50s, 60s and 70s show. So much to do and plan for.

I’ve also just received Angela Adams beautiful photos from our 1940s fashion shoot at The East Anglian Railway museum. I will be posting up many of the shots over face-book in the next couple of months so do Keep Following and Toodle Pip for Now! 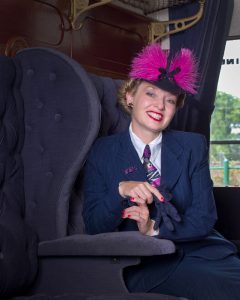 A New Shot By Angela Adams!