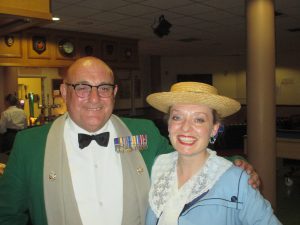 After the Show at Northwood with Gordie! 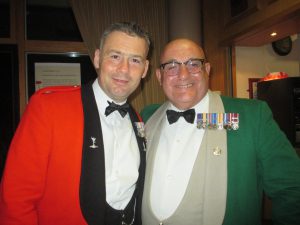 Dressed for Dinner at Northwood!

If you’ve been following me on Facebook you will know I’ve had quite a week which is why I’m a little later than normal writing this blog. I was looking forward to telling you all about my performances at Buckinghamshire’s Armed Forces Day on the 17th but I’m going to have to do that in my next blog. I had just caught up with all my D-Day entries after my Normandy tour and then last week in the early hours of Thursday morning I was hit by a hit and run van driver in Northwood at 1.20am.

I had been performing for a “Battle of the Somme” Mess 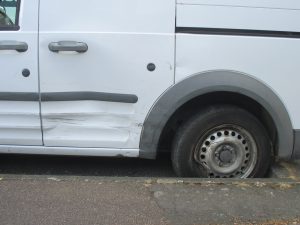 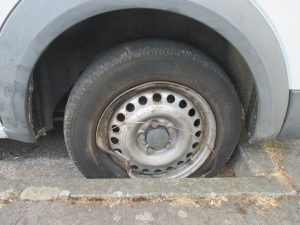 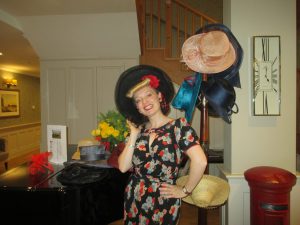 Hats on for Ascott Week! 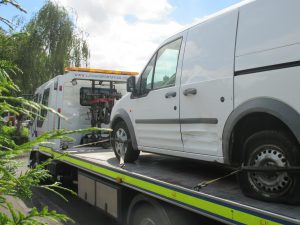 Connie off to the Garage! 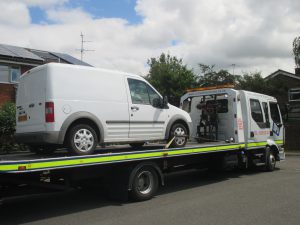 dinner which couldn’t have gone better despite the blistering heat and soaring temperatures. I think Wednesday was recorded as one of the hottest June days on record. I’d performed for Northwood’s Battle of the Somme commemorative dinner last year so I was delighted to be invited back. Many of the military personal remembered me as I sung songs and arias from WW1 in period costume. With the evening being so warm they had the patio doors open and as I was working off my radio mike it was easy to take my show into the garden. Which worked beautifully when I was requested to sing “The Flower Duet from Lakme'”.

If you haven’t heard me sing this aria, then please click the link as it’s one of my latest videos which I recorded to split screen earlier this year. https://youtu.be/D8I-7o-bd1s

My accident happened on my way home at a traffic light crossing. The other van jumped the red light and went straight into my off side badly damaging my passenger door, back axle, suspension and rear tier. I was very shaken and as soon as the other driver realized I was a lone woman driver he sped off  leaving one of his number plates in the road. This later turned out to be stolen. Fortunately a man stopped and helped me call the police and when they arrived the Police called for a paramedic who checked me over. It was a very frightening experience as I was hit by a van 2s the size of Connie and had it have hit me on my drivers side where I was sitting I might not have walked away.

Although the police were with me quite quickly Wednesday had been a day of disasters with the emergence services dealing with a back log of incidences which were over running into Thursday morning. I don’t know if this was a result of the heat but all the services were stretched to breaking point. It took me 20 minutes to get through to the AA on the phone holding on to be connected which seemed like a life time. The low loader didn’t arrive until much later. Once the police and paramedic had checked I was alright they had to go off and deal with another incident. The AA man didn’t arrive until 3.30am so I was left alone at the side of the road for an hour which made me feel very vulnerable.  A male driver stopped and wanted to take me home and although he probably was quite genuine it wasn’t a risk I felt I could take. After all I didn’t know this man. He then drove off and came back for a second time which made me feel very uneasy. I was an hour away from home and I can’t tell you how relived I was to see the AA  man and that flat bed lorry which took Connie and I home.

Of course the show must go on and this week my insurance company have provided me with a higher van so I can continue to work. With it being Ascott week I had two shows back to back on Friday in Marlow which was when I discovered Annabelle my smaller AMP had been damaged by the impact of the accident. She sits right by my sliding side door which makes her easily to grab when I need to dash in and set up a show quickly. I use Annabelle for my smaller shows but fortunately  I have two AMPs so these last few days I’ve been working with Yam. Yam is bigger and more powerful so it’s been a good opportunity for us and I to get to know each other better. I confess I was never entirely happy with Yam’s sound but yesterday we had a break through and I’ve found just what I was looking for. So maybe every cloud has a silver lining although I have had quite a run of bad luck lately.

My Sat Nav gave up the ghost last week after 7 years so I went out and bought another one only to find that that went wrong today on my way to a show. In the end I had to ring the venue for directions and I can’t get a replacement until Monday. I really hope nothing else goes wrong and after the week I’ve just had it’s amazing I’ve made all my appointments and I’m still trucking!

I shall leave it here tonight as it’s late and I want to get to bed. In my next blog I will tell you about Armed Forces Day and what I have coming up in July. I’m also having my web-site up-dated by refreshing the design and colouring. My web-site has many layers so some of the changes are already visible but I shall talk a little more about that in my next post.