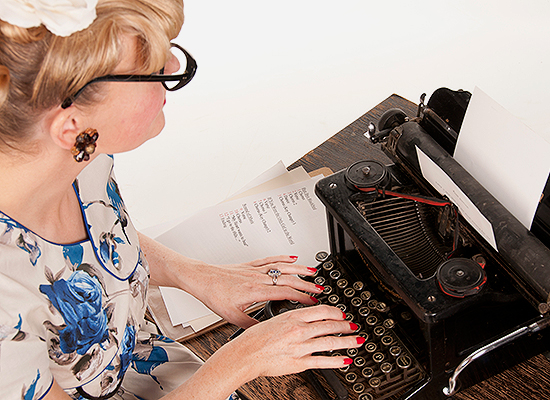 A popular face on the vintage scene Fiona has become a regular feature writer for the “Best of British” magazine, the UK’s top nostalgia monthly.

Highly respected amongst her peers for her wonderful voice, superb musical arrangements and exquisite costumes Fiona has lead the way in vintage entertainment inspiring her contemporaries and invoking interest where ever she goes.

Despite being dyslexic and greatly in demand Fiona regularly produces articles, writing on a variety of fashion and music-related topics connected with the 1940s and vintage scene.

To read Fiona’s articles click on each page in turn for an enlargement.

Fashion on the Ration

Fiona talks about fashion during the Second World War and the effects that fashion restrictions had on the public. 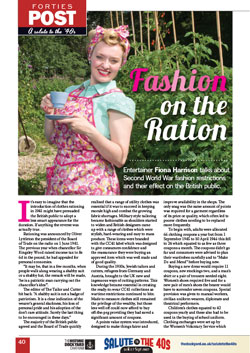 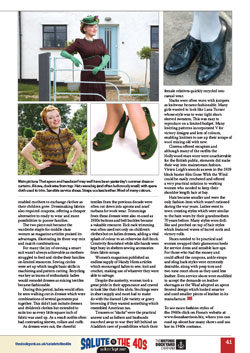 Stocking Up for Romance 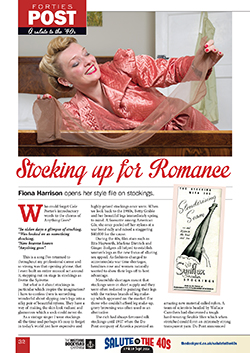 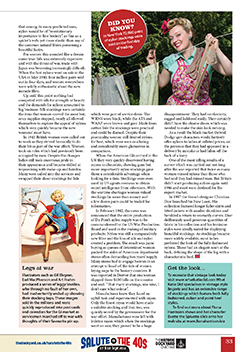 What can vintage music fans expect in the next few years? Fiona Harrison talks about 1940s events and spotting the changing trends. 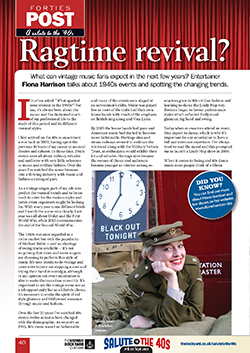 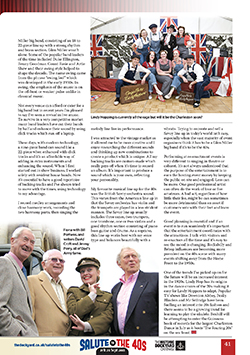 Fiona Harrison shares with us her extensive knowledge of the Music Hall Stage. 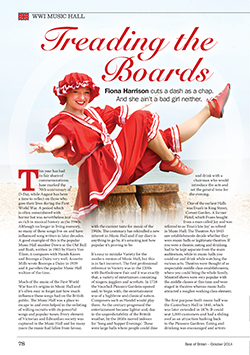 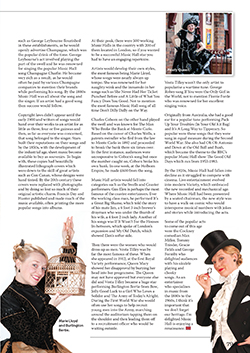 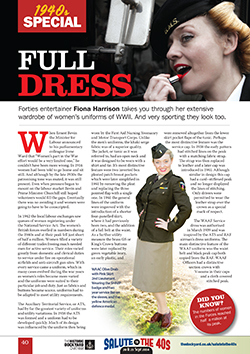 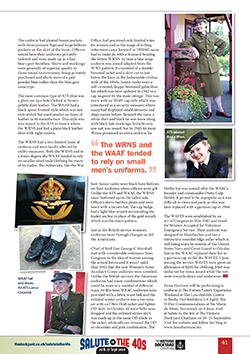 Every Girl a Pin – Up

Fiona Harrison shares some of her 1940s secrets on how to stay young and beautiful. 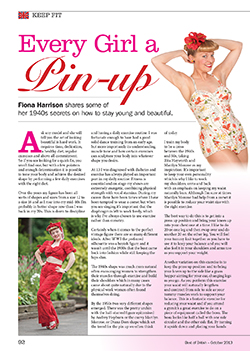 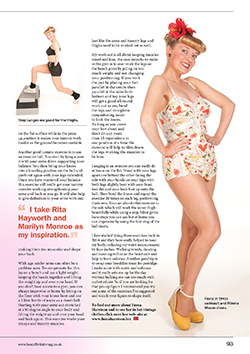 Knitting on the Blitz

Entertainer Fiona Harrison shows us her wardrobe of 1940s knitwear. 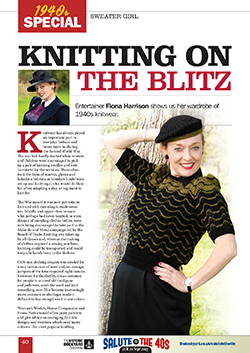 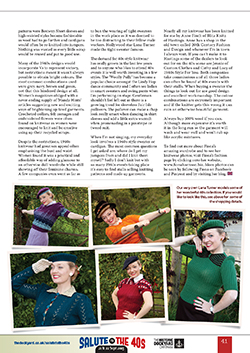 The Party season is nearly on us again and so Fiona Harrison takes us through her wardrobe of vintage fashion. 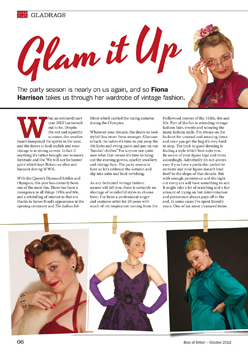 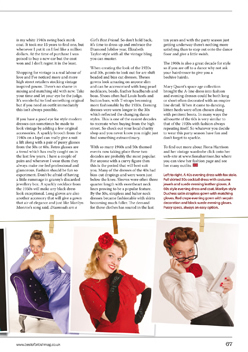 Fiona Harrison takes us through her glamorous wardrobe of 1940s clothes and tells you what’s hot, what’s not, what to choose, and what to lose. 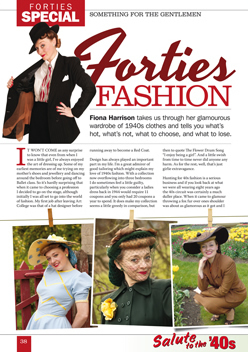 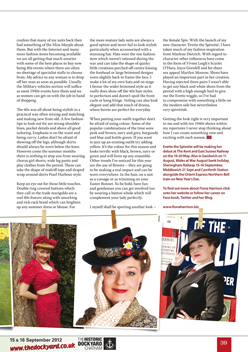 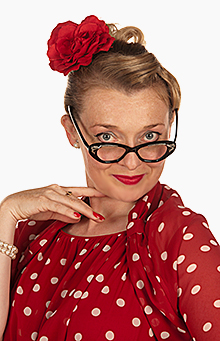 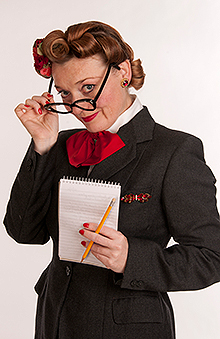 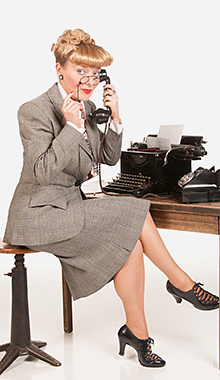 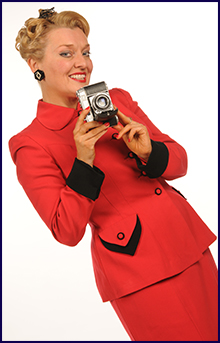 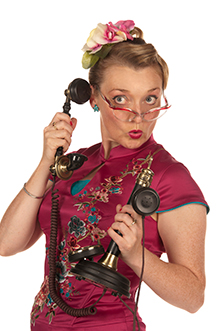 Glamour Puss!
Back to Top