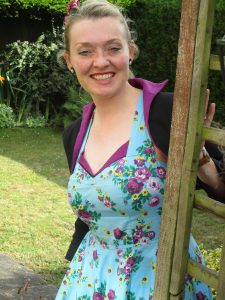 Dressed for A Song for Summer!

This week I don’t really have anything new to tell you on the show front other than I’ve been performing every day summery shows  to tie in with the season. My 70s repertoire has really taken off  this summer and last weekend I had a 60th Anniversary party on Saturday and a 60th birthday party on Sunday both requesting similar repertoires.

Sunday’s party was at Moulsoe Village Hall and to begin with I was a little concerned about the halls reverberation. Moulsoe’s Millennium Hall is made of wood and has high ceilings making it a devil to sound properly especially when you have a family party atmosphere to cut through. For a DJ it’s easy to pump up the sound but for a singer it’s much more difficult as you have to balance your sound and not push the levels too high which can result in feed back. It’s finding that perfect balance which can be hard. 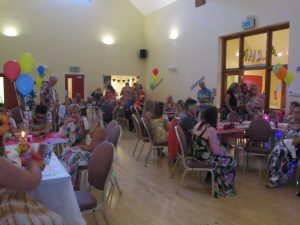 As soon as I arrived I could see my bigger 300 speakers were required and I very quickly worked out my speaker sight lines. On this occasion I moved them slightly more forward and angled them so they would cross in the middle of the room which gives a fuller sound but enough space to avoid feed back. It was a great party as I got every-one joining in and singing along to Abba and Grease. I even had one little girl, Alice who joined me on stage and who dance the night away with my songs from the Swinging 60s. 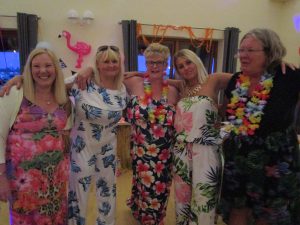 Saturdays show also went well which was in Pitstone and this week I have a mixed bag of themes. On Tuesday I’m performing songs from Music Hall in “The Good Old Days”, a “Stars and Stripes Show” on Wednesday, “The Last Night of the Proms” on Thursday and on Friday I will be in Birmingham performing my 20th Century show at the famous Bournville Village, so much to do.

This Sunday I will be back in the recording studio. I’m due to pick up the second of my new musical arrangements which is for the “Fairy Tale Christmas Spectacular show” I’m launching this December. I shall be picking 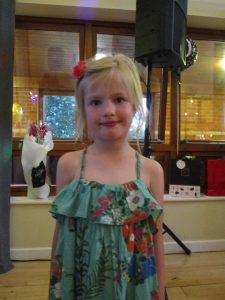 up a new medley arrangement of the musical “Oliver” and putting into production a Disney arrangement which is all very exciting. I spend a lot of my time thinking about music and it’s taken me a while to get the Disney arrangement to sit well in my head. When it comes to Disney there are so many wonderful tunes to choose from it’s hard to make a decision. But after a lot of thought I think I’m there with it now and I’m looking forward to conveying my ideas to Richard my musical arranger when I meet up with him on Sunday.

I shall also be recording some voices overs for the “My Fair Lady” show-reel which I can’t wait to finish.

That’s my news for now. Keep Following and Toodle Pip! 😉 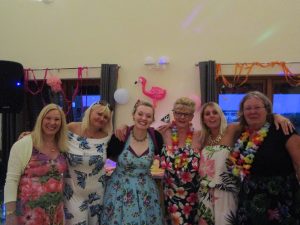